A Review of Nightjars, part 3

It’s time for the third part of my review of Nightjar Press chapbooks (the first two parts are here and here). As before, these are reviewed in the more-or-less random order that I read them. 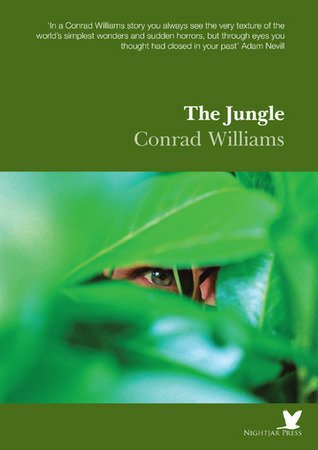 Our narrator is an artist who’s working on a jungle scene with no animals; he wants the scene itself to suggest their presence, menace and violence just out of sight. When he’s not painting, he likes to take his two-year-old son Fred to the playground or somewhere; though he’s determined that Fred should not be placed in the way of danger. On this particular outing, the pair pass a man who appears to change into a large animal — and then the jungle continues to encroach.

Conrad Williams is one of my favourite writers working in dark fiction, horror, whatever you prefer to call it. I always feel that he’s in full command of his material, and that’s the case again here. He ramps up the tension, giving ordinary places a sense of looming danger. He also stops in just the right place to cap it off. 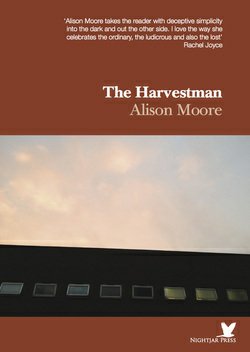 Earlier this year, I read Alison Moore‘s third novel, Death and the Seaside. As it happens, this story was the foundation for that novel, though it works perfectly well as a piece of fiction in its own right.

Eliot is living on the south coast of England. He owes some rent to his landlord, Big Pete; and also has eyes for barmaid Abbey, Big Pete’s girlfriend. One day, Abbey invites Eliot to the flat above the pub, that she shares with Big Pete. This isn’t likely to end well.

Moore’s story evokes the atmosphere of an off-season, slightly dingy seaside town; but there’s a vein of symbolism running through ‘The Harvestman’ that really enriches the piece. Eliot has long spindly legs that remind him of harvestmen, creatures that disgust him, that can just detach a leg if they get trapped. For different reasons, both Eliot’s father and grandfather lost the use of their legs; the question becomes, can Eliot escape his situation with himself intact? Reaching the answer to this is an intriguing journey. 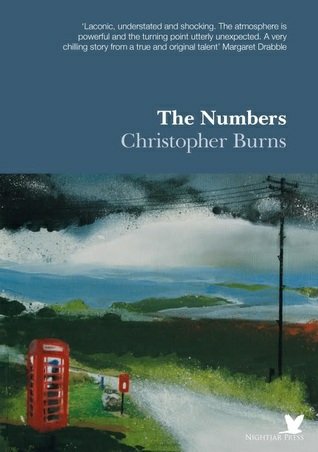 One morning, Danny arrives unexpectedly at his family’s farm. He’s not particularly welcome, not after trying it on with his sister-in-law (though as far as he’s concerned, he was picking up on her cues). More generally, Danny is seen as the useless appendage of the family, having sold his share in the farm and being unable to get a job (he was never good with numbers, after all). Still, he is taken in and given breakfast — then it’s down to business.

This is a story of two halves, beginning in a rather subdued fashion (albeit with a definite undercurrent of tension) before turning deftly into something darker, that casts those earlier comments about Danny in a new light. It’s very well done, with such a strong impact.