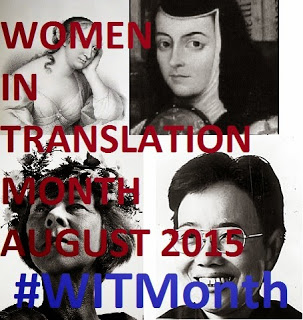 Much as I like discovering unfamiliar writers, one of the pleasures of reading an author for the second time in particular is that it allows you to start making connections and building a tentative picture of that author’s approach and concerns. The picture might eventually turn out to be inaccurate, but that’s all part of the exploration of reading.

I’ve now read two novels by Alina Bronsky, so I can form a better picture of her work. Vivid narrators are a key element, which is no surprise following the powerful presence of Rosa in The Hottest Dishes of the Tartar Cuisine, but it’s still good to have this underlined. If Marek in Just Call Me Superhero isn’t quite as a strong a presence – well, few would be. Besides, his distance from the reader (from everyone, from himself) is a central part of his nature as a character.

Bronsky also filters reality through the perception of her narrators in striking ways. Rosa is so sure of her self-image that there’s a certain wry humour (and, later, melancholy) in realising that the actuality is rather different. Marek isn’t so much deluded about his situation as too guarded to let others in, including the reader. We’re with him as he crosses the boundaries into unfamiliar territory, and we see his ambivalence about getting closer to someone else.

Here’s hoping, then, for many more interesting characters’ worlds to come from Alina Bronsky.

« Just Call Me Superhero: into the unknown Reading ‘In the Wind’ by Jung Mi-kyung »