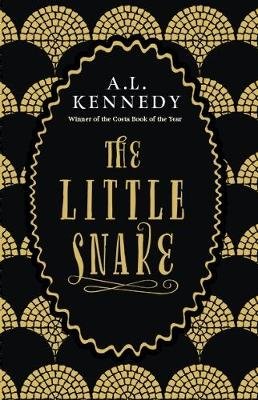 The Little Snake is a novella inspired by Saint-Exupéry’s The Little Prince (which,for context, I haven’t read). It was first published in Germany a couple of years ago, and now has a UK edition courtesy of Canongate. It’s also my first time reading A.L. Kennedy.

One day, a girl named Mary meets Lanmo, a handsome talking snake who becomes her best friend. Mary is the first human Lanmo has befriended: normally he travels the world ushering humans out of their lives. The snake visits Mary at various points in her life, seeing that her city is increasingly ravaged by war and that she is in ever greater danger. For the first time, Lanmo starts to have feelings about what he does; in particular, he wants to ensure Mary’s safety, though he knows the time will come when they must part.

The Little Snake is written as a fable, and Kennedy’s prose has a wonderful ‘tale for all ages’ quality. It’s a tale of losing and finding one’s place, what we lose and what there is to treasure. 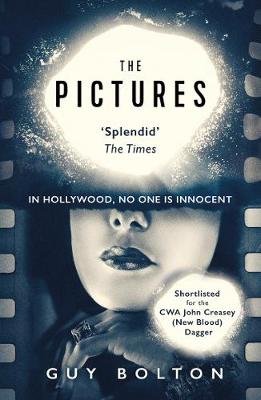 Guy Bolton’s debut novel is a murder mystery set in Hollywood in 1939. Herbert Stanley, a producer on The Wizard of Oz, is found hanged: the case is assigned to Detective Jonathan Craine, the police force’s regular fixer when it comes to MGM matters. Craine’s job is to ensure that Stanley’s death is treated as an open-and-shut case of suicide, this being the least disruptive option for the studio.

However, things soon get complicated: Craine becomes romantically involved with Stanley’s widow, actress Gale Goodwin; and there are distinct signs of foul play about the apparent hanging. As Craine digs deeper, events spiral out to encompass organised crime; there are some gripping set pieces along the way. Crane’s development as a character is also engaging: he starts off as a pretty repugnant sort who has no qualms about pinning an (apparently unrelated) murder on a scapegoat, and becomes – if not entirely sympathetic – at least more thoughtful and scrupulous. I enjoyed The Pictures, and I’ll be reading its sequel, The Syndicate, in due course.