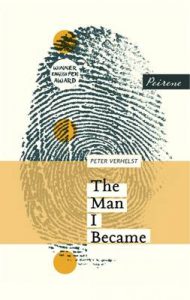 « ‘A Game of Chess’ by Stefan Zweig Five years of And Other Stories – and your chance to win a subscription! »