A new book by Charles Lambert is always worth a look. This one is a Victorian ghost story, with an eerie atmosphere similar to his earlier novel The Children’s Home.

In 1880s London, Edward Montieth is a young gentleman who goes along to a séance with a group of acquaintances from his club. He becomes captivated with Settie, a flower-seller he sees outside the theatre, and they embark on a relationship. But society would frown on their love, because Settie is Romani. When she falls pregnant, Edward feels forced to take drastic measures – and tragedy follows…

Two years later, Edward has turned away from his old life and now lives outside of the city with his Sicilian wife Marisol and their son Tommaso. However, although Edward may wish to leave the past behind, the past isn’t finished with him. Lambert builds up an unsettling feeling through ordinary sights and sounds, like a child’s cry, that seem oddly out of place. The strangeness grows, in a tale that pits rationality against the supernatural as much as social structures clash with the freedom to go one’s own way. The Bone Flower is engrossing stuff, especially as the autumn nights draw in. 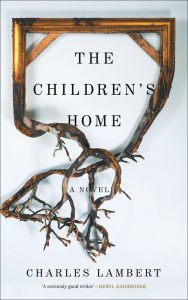 Charles Lambert, With A Zero at its Heart (2014)
Harry Karlinsky, The Stonehenge Letters (2014)

The Friday Project is one of my favourite imprints of any mainstream publisher; their range is eclectic, and their selection of fiction always interesting. Here are my thoughts on a couple of their recent novels.

You can calculate the length of Charles Lambert’s With a Zero at its Heart precisely: there are 24 chapters (themed on topics like ‘Travel’, ‘Art’ and ‘Waiting’), each with ten numbered paragraphs of 120 words, plus one final paragraph as a coda. Each paragraph represents an episode from its protagonist’s life (a fictionalised version of Lambert’s own, I understand). The paragraphs in each chapter aren’t necessarily in chronological order, but there is a sense of movement: so, for example, the chapter on ‘Clothes’ begins with the protagonist as a ten-year-old with his first pair of jeans; goes on to depict him as an adult in Italy shopping for clothes with his partner (“It is hot, and so are they, and they have no idea how hot”); and ends with him buying the suit that he will wear at his father’s funeral.

There’s an interesting dissonance between the rigid structure of the book, and the very fluid nature of what’s being described; this highlights that the memories we each hold are ultimately what we make of them (which is underlined further by Lambert’s distancing third-person voice). The individual paragraphs may be affecting, but the contrasts and linkages created by their arrangement deepen the book’s power.

With a Zero at its Heart makes an interesting point of comparison with Knausgaard, in that both treat incidents from the author’s life as a way of exploring memory. But where (say) A Death in the Family creates a dense thicket of detail shot through with moments of transcendence, Lambert’s book is quite spare and crystalline; the experience of reading it is more a gradual accumulation of pieces that coalesce into a whole picture. Like Knausgaard, though, Lambert juxtaposes the incidents of everyday life with the unchanging realities of living.

Harry Karlinsky’s first novel, The Evolution of Inanimate Objects, was such an idiosyncratic book that it made me wonder what on Earth the author would write next. Here’s the answer: another work of fiction disguised as non-fiction, and drawing (to an extent!) on genuine historical documents. Karlinsky’s narrator is a psychiatrist preoccupied with why Sigmund Freud never won a Nobel Prize. The narrator’s researches reveal that a secret codicil to Alfred Nobel’s will established another contest: winners of one of the official Nobel Prizes would be invited to submit their theories explaining the mystery of Stonehenge; The Stonehenge Letters recounts the theories of several Nobel laureates, including Marie Curie and Rudyard Kipling.

Well, there wasn’t actually a Stonehenge Prize, but Karlinsky makes the thought of it very plausible. There are sly nudges that what we’re reading is a spoof: the narrator’s footnotes, which bring everything back to Freud; and some oddly random illustrations (“Figure 5. A one-legged stool”). But all the theories put forward about Stonehenge are genuine enough, even if they were advanced by different people. When Einstein is quoted as assessing Marie Curie’s theory (which we’d recognise as carbon-dating) as “decidedly theoretical”, it’s almost goading us into doubting what we think is fiction and what fact. I’m in no doubt, however, that Harry Karlinsky has written another delightful book in The Stonehenge Letters.