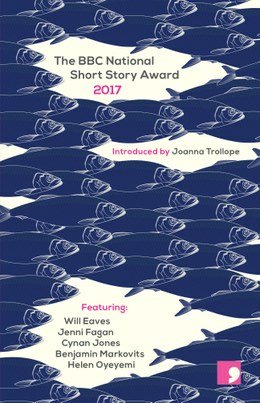 It’s BBC National Short Story Award time again. This is an award that I’ve covered quite a lot over the years; and I’m pleased to be able to run a story-by-story review of this year’s shortlist. Thanks to Comma Press and ED Public Relations for providing an advance copy of the anthology.

I was excited about this year’s shortlist when I first saw it, because it’s a mixture of favourite authors (such as Cynan Jones and Helen Oyeyemi) and writers of whom I’ve heard great things. Today, we start with a former Goldsmiths Prize nominee: Will Eaves, and his story ‘Murmur’…

The narrator of Will Eaves’s story is a mid-20th century gay academic named Alec, who is arrested for gross indecency and made to undergo a course of hormone injections, as well as attending sessions with a psychoanalyst. The scattered notes of Alec’s journal comprise the story that we read.

Alec contemplates the nature of mind and, as a materialist, is troubled by the possibility that there is a final ‘leap’ he cannot explain, that mind may not be able to encompass itself. At the level of narrative, Alec considers that we can describe our actions and conscious thoughts; but then there is what he calls the “inner murmur” beneath, the deeper thinking which may be hidden from us.

‘Murmur’ is a strong start to this year’s shortlist. I appreciate the way that it works in harmony across multiple levels, from day-to-day living to the fundamentals of the universe; and that it interrogates the limits of its own form. The ending carries a frisson of dread as the standard tools of narrative fiction are turned against themselves.

Listen to a reading of ‘Murmur’.