Over on Instagram, I’ve been reviewing the shortlist for this year’s Sunday Times / University of Warwick Young Writer of the Year Award, which is given to a work of fiction, non-fiction or poetry by a writer aged 35 or under. The winner will be announced on Thursday, so now is a good time to put my shortlist reviews on the blog. 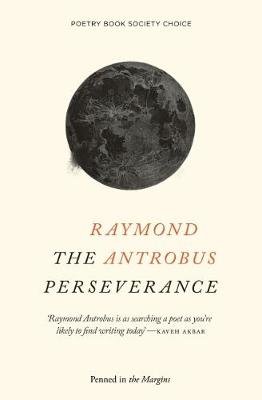 The Perseverance by Raymond Antrobus

I’m still finding my way when it comes to reading (and writing about) poetry, but this is a collection I really enjoyed. Language and communication are two of the key themes. In ‘Jamaican British’, Antrobus considers both sides of his heritage, and how comfortably (or not) the two words sit together. ‘Echo’ is a sequence of short poems revolving the beginnings of Antrobus’ relationship with sound as a d/Deaf person: “What language / would we speak / without ears?”

Another theme running through the collection is Antrobus’ relationship with his late father. The poem ‘The Perseverance’ depicts the young Raymond standing outside the pub, waiting for his father who has just “popped in for a minute”. On the one hand, there’s a sense here of the poet’s father neglecting his family; on the other, when this situation has become a memory for Raymond, the loss of his father’s laughter is keenly felt.

Elsewhere, Antrobus describes how his father’s dementia “simplified a complicated man, / swallowed his past”. But the collection ends on (what feels to me) a hopeful note, with “Happy Birthday Moon”, in which the child Raymond’s father reads him a bedtime story. The second line of each stanza becomes the first line of the next, which gives a constant sense of rising up, reaching towards.

Published by Penned in the Margins. 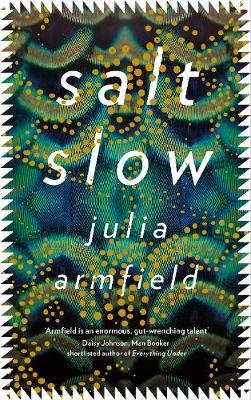 The opening story of this collection sets the tone. ‘Mantis’ is narrated by a teenage girl with a mysterious skin condition that makes her “dream in sheddings” and means that she’s constantly bandaged up. It’s just her genes, the girl’s mother insists, but she still has an uneasy relationship with her body and the thought of intimacy. Then events take a decidedly macabre turn… ⁣
⁣
Typically, the stories in Armfield’s collection revolve around a single strange or fantastical idea that gains power from being treated as ordinary. In ‘Formerly Feral’, the narrator’s father falls in love with a woman who has adopted a wolf. The protagonist and wolf are viewed as sisters, leading to some shifts in identity. ‘Stop your women’s ears with wax’ features a band who incite the most extraordinary level of emotion in their listeners – and we only see this from the outside, which makes it even more disturbing. ‘The Great Awake’ sees people losing their ability to fall asleep, which takes physical form as a shadowy figure haunting each individual, reconfiguring society’s relationship with sleep. salt slow is a collection that lingers on beyond the final page. 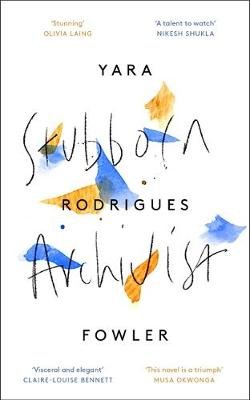 ⁣We don’t so much read about the life of this novel’s protagonist as piece it together. She has a Brazilian mother and an English father; the book explores her life within and between these two cultures, and what it means to belong. The questions come: where are you from? How do you pronounce your name again? Why don’t you have an accent? There are moments of happiness and joy, but also trauma that makes the protagonist feel a stranger in her own body. ⁣
⁣
The structure of Stubborn Archivist is fragmentary, and the style veers between prose and poetry: language that bends and stretches to accommodate what this person needs to say. The nearest match I can think of is Anakana Schofield’s Martin John – very different in subject matter, but both novels organised to create meaning for the protagonist more than the reader. She’s not there to tell us her life story; we are allowed in – and the honour is ours. 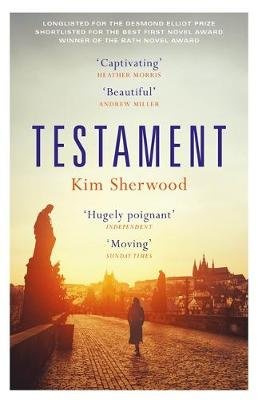 When celebrated artist Joseph Silk dies, his granddaughter Eva finds a letter among his effects that brings back a past he had tried to shake off. Silk was born Jószef Zyyad, who left Hungary as a refugee in 1945. Unlike his brother László, Jószef was determined to leave that part of his life behind, and Eva knows nothing of his experiences during the Holocaust. The letter she finds is from the Jewish Museum in Berlin, asking Silk’s permission to use in an exhibition his account of the time, which has been found in the museum’s collection. ⁣
⁣
There are then three strands to Sherwood’s novel: Eva’s present-day uncovering of the past, and the contrasting historical stories of Jószef and László. There are some powerful moments as the truth is gradually revealed, and Sherwood explores what it means to bear witness.

Thanks to FMcM Associates for providing review copies of the shortlist.