“She told me the meal was there, spare, magnificent and perfect” 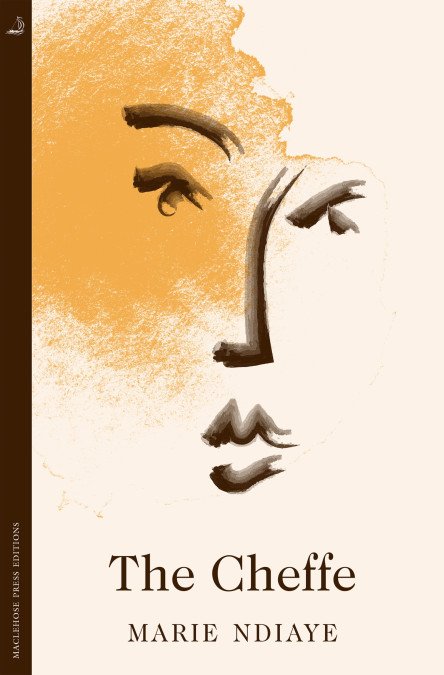 Although I’m not much of a foodie, I have a soft spot for programmes like Masterchef and Great British Menu. I think it has something to do with seeing already talented people excelling themselves, especially when it’s in an area I can relate to but couldn’t venture into myself. There’s also a certain mystery in watching these shows, trying to imagine what the food actually tastes like from the judges’ descriptions. I guess it’s a bit like trying to capture what it was like to read a book that you may well not have read yet yourself.

On that note: here is The Cheffe, the latest novel to appear in English translation from the French author Marie NDiaye (whose Ladivine was longlisted for the Man Booker International Prize back in 2016). It is the story of an enigmatic culinary genius, known to us mostly by title rather than name.

From humble beginnings in south-western France, the Cheffe discovers her talent as a teenager, working in a wealthy couple’s kitchen. In time, she becomes a celebrated restauranteur, but she’s not interested in showing off – “cooking was sacred” to her. She also remains intensely private. It’s in the kitchen where the Cheffe is in her element:

…it’s a fact that I never saw the Cheffe make a motion or gesture that wasn’t marked by a magical precision, even in the most cramped or cluttered quarters, every tiny part of her diligently obeyed order to make every move precise, and did so gracefully, what’s more, with a radiant eagerness that suggested everything she did in the ritual space of the kitchen was done in accordance with the precepts of beauty and necessity.

NDiaye’s unnamed narrator is a former employee of the Cheffe; the text of the novel is an interview he’s giving after she has died. This man thinks he knows who the Cheffe was and how she thought, but he’s not the most reliable of narrators. He’s rather obsessed with the Cheffe (as you can perhaps tell from the tone of the quotation above), and that colours his account of her. There’s a sense that some of the narrator’s interpretations, such as his view of the Cheffe’s relationship with her daughter (which he sees as a difficult one), might be projections of his own situation.

The end result is a kind of double distancing: an already elusive character made even more so by the overlaying of another character’s preoccupations. We’re apprehending the Cheffe through two thicknesses of glass, as it were – but the impressions left of both her and the narrator are vivid nonetheless. The Cheffe is a tale of imagination filling in the gaps when first-hand knowledge falls short, as tantalising and perilous as that may be.

The Cheffe is published by MacLehose Press in the UK and Knopf in the US.