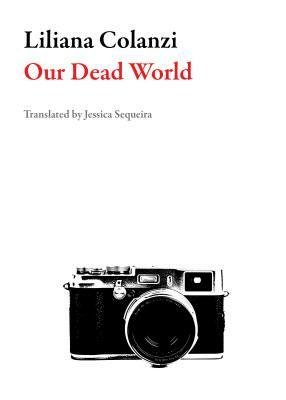 ​It’s time for my first Latin American choice of this Spanish Lit Month: a collection of short stories by the young Bolivian writer Liliana Colanzi, published by Dalkey Archive in a smart translation by Jessica Sequeira. These stories inhabit a place where the line between the real and the supernatural stretches thin; they’re animated by the existential tension that this implies.

In ‘Meterorite’, ranch owner Ruddy has trouble sleeping, a side-effect of his weight loss pills. He has plenty to occupy his mind, too – not least paying off the mother of the peasant boy he took on, who was then kicked in the head by a cow that Ruddy had shot. The boy’s mother said he could “speak with higher beings”; in the days before his injury, the boy had declared that “a fire would appear in the sky to take him away”. Superstitious nonsense, thinks Ruddy – yet, on the night of this story, he believes that he sees the kitchen door move by itself; and there is the meteoroid, burning up in the sky after travelling here for thousands of years. Ruddy is so worked up that it hardly matters to him whether there’s some supernatural agency at work – nor does it matter to the story, which builds up like a storm, then breaks with dread and fury.

Colanzi’s stories tiptoe back and forth across the line between real and supernatural, merrily smudging it at times. ‘Alfredito’ revolves around the death of the narrator’s schoolfriend. The whole concept of Alfredito being dead feels profoundly wrong to her:

And now I had to get used to the monstrous idea of Alfredito’s dead body, prepared to occupy its place in the cemetery, where it would begin its slow journey to putrefaction. Alfredito, I realized, was no longer the boy running in the countryside with arms outstretched, but was now something else. Would his parents be afraid of his body? Would they be able to touch it, to kiss it?

“The dead never leave,” says the narrator’s nana; and, throughout the story, Alfredito’s death is never presented as completely final, because the narrator won’t countenance it. We are introduced to a whole cast of friends and family, enough for a novel, in the space of a few pages. This narrative density gives the tale a heightened energy that carries the reader along, and might even allow an impossible door to open…

In ‘Cannibal’, a couple arrive in Paris to the news that a notorious cannibal is also present in the city, somewhere. The pair are here for an illicit liaison; but first one of them, Vanessa, has some drugs to take to a party. The entire story is told from the viewpoint of Vanessa’s lover, who stays in the hotel, thoughts churning around in his mind. His fears over what might happen to Vanessa fold back into his anxieties about their relationship, and he becomes effectively a cannibal of his own thoughts. This story won the Aura Estrada Prize in 2015, and it’s not hard to see why.

The title story of Our Dead World seems to me to tie the collection together. Its protagonist, Mirka, has taken a lifetime contract with the Martian Lottery, working on the colony for the next round of inhabitants. She has left behind her partner Tommy, but their old life won’t let go of her so easily. Neither will Earth itself: she keeps hallucinating the presence of deer and other animals on Mars. In this story, you have the mingling of real and supernatural; prose woven into a dense tapestry (dialogue between Mirka and Tommy is embedded within the Mars-set text); and a concern with human emotions (the title ‘Our Dead World’ could refer as easily to Mirka’s relationship with Tommy as to Earth or Mars).

I’ve enjoyed reading Colanzi’s stories in this collection, and I hope there will be more to come in English translation.

Read further reviews of Our Dead World at Winstonsdad’s Blog; SF in Translation; and Bookmunch.