This is the first book I’ve read for the Transworld Summer Reading Challenge; I thought I might start my posts on the challenge with a few words on why I selected the books I did. It’s quite straightforward with Amberville: anyone who reads this blog regularly will know that I have a soft spot for odd books, and this was the most obviously odd title on the list – a noir thriller with a cast of stuffed animals.

The story goes like this: Eric Bear has a happy life, married to the beautiful Emma Rabbit and with a good job in advertising. But, in his past, Eric was involved with some shady characters, one of whom now comes calling – Nicholas Dove, who has heard that his name is on the Death List, which means (if the tales are to be believed) that the Chauffeurs will shortly come to escort him on the ultimate one-way journey. Dove demands that Eric find the Death List and get his name removed from it, or Emma will be the one who pays the price. The job should be straightforward enough, because the Death List is just a fable; but Eric gets his old gang back together all the same – and, of course, the truth proves more complicated than anyone thought.

So, this Scandinavian crime novel (the author is Swedish; ‘Tim Davys’ is a pseudonym) is far from the norm, and could have been ridiculous – but it’s not. What is perhaps most striking about Amberville is that Davys tells his tale with a completely straight face; one might laugh briefly at the thought of, say, a stuffed dove walking around with two stuffed gorillas for heavies, but not for very long, because it’s not funny at all in the context of the story – it’s deadly serious. Davys creates his world with such integrity that one can’t help but take it seriously. His control of voice is also superb, switching between different characters whose voices are all distinctive, no matter how brief their turn at narration (and here, I must also acknowledge Paul Norlen’s excellent work as translator).

Driving the plot of Amberville is a mystery – is there a Death List, and, if so, who’s behind it? – which is deeper for reader s than it is for the characters, because we have more questions to ask: what is this place, Mollisan Town, inhabited by walking, talking, living stuffed animals? What goes on behind the scenes to make it all work (the inhabitants of Mollisan Town know that the young animals are manufactured somewhere and delivered to the city in vans, but no one thinks to question any further)?

Well, Amberville is the first novel in a series (though that’s not clear from the edition I was reading), so the answers aren’t all forthcoming here. That’s not a problem in itself, but I do think it has a knock-on effect – it seems to me that the major revelations for this volume are made some time before the end, leaving the rest of the book to be mostly i-dotting and t-crossing, which feels somewhat anti-climactic. This is unfortunate, because most of the rest of Amberville is pacy and engaging (with an added helping of speculation about the nature of good and evil, courtesy of Eric’s brother Teddy).

My misgivings about the conclusion of Amberville make me feel a little less inclined to find out where Davys takes his series; but the momentum of the earlier parts of the book is considerable. It’s worth a look, I think. 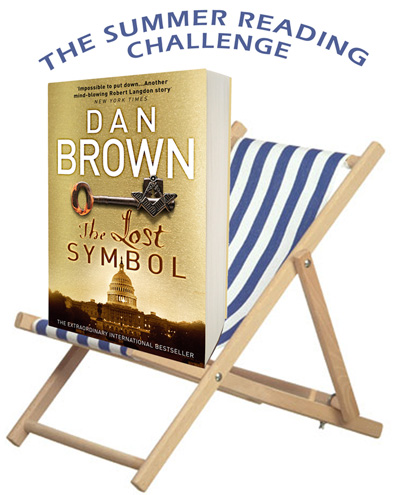