Gone: a Girl, a Violin, a Life Unstrung by Min Kym

Min Kym was a child prodigy on the violin. At the age of 21, she found her perfect instrument, a Stradivarius. Ten years later, the violin was stolen on a train station concourse. Gone is Kym’s memoir of those times.

I’m not really a classical music person: Gone was one of those books that I was offered unexpectedly by the publisher, and I accepted just because I thought it might be interesting. In the end, I found it absolutely fascinating to read this account of what it’s like to be so gifted at something that it doesn’t feel like a talent, because it just comes so naturally.

Kym talks about having a nigh-on bodily connection to her instrument, the violin feeling as though it’s part of her. Consequently, when her Stradivarius is stolen, the person she was is also lost. Gone is concerned with some raw, deeply felt emotions; and there’s a powerful sense of that in the reading. 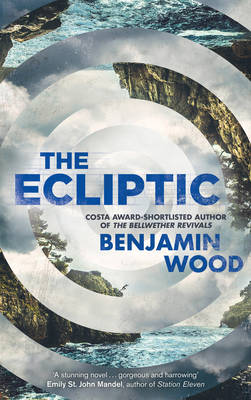 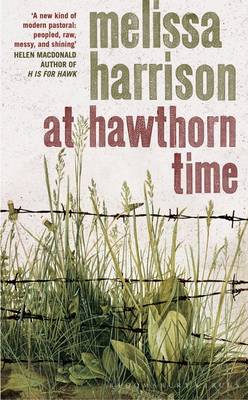 Now reviewed at Culture Revival: the debut album by London duo Swanton Bombs. Mumbo Jumbo and Murder is a short, sharp set of rock songs, and — well, the review will tell you more.

Chances are, you won’t have heard of Girl in a Thunderbolt (Norwich singer-songwriter Maria Uzor); neither had I until I was sent her EP to review for Culture Revival — and what a discovery. Songs for Modern Lovers is a set of four dark, folk-ish tracks to which no simple categorisation can do justice. I loved it.

Fyfe Dangerfield from Guillemots has a solo album out, and I’ve reviewed it for Culture Revival. I really like Guillemots, and I’m pleased to report that Fly Yellow Moon is a good listen, too. YOu can read the review here, and there’s a taster for the album below.

Video: ‘She Needs Me’

It’s been a good year for reading, watching and listening, I think; so here’s a look at my favourite books, movies and music of 2009.

Here are my favourite books whose first publication was in 2009, with links to my reviews. (NB. The order isn’t meant to be too strict; all these books are warmly recommended.)

My favourite book of 2009 is an extraordinary work of literature which examines the masks people wear and the shows people put on in life, against the background of a school scandal. Catton doesn’t put a foot wrong, and the result is a novel that’s both highly experimental and compulsively readable.

2. Keith Brooke, The Accord

Brooke is, in my opinion, a vastly under-appreciated writer; this story of a virtual afterlife is the best of his works that I’ve read. The Accord works on so many levels: as a novel of ideas, as a novel of character, as a thriller, as an experiment in style… It’s a heady concoction that deserves as wide an audience as possible.

An elderly Bulgarian man looks back on his life in the first half of this novel, then dreams of a new life for an old friend in the second. A beautifully written, richly rewarding book.

At the behest of Stalin, a group of science fiction writers dream up an outlandish enemy for communism, and discover that the truth is uncomfortably close. Enormous fun, and a feast for the imagination.

A powerful fairytale about the difficulty of looking life in the eye, and the possible consequences of not doing so. A deserved co-winner of the World Fantasy Award.

6. Jedediah Berry, The Manual of Detection

A deeply atmospheric detective story whose heart beats with a unique strangeness.

7. David Vann, Legend of a Suicide

A mosaic portrait of a father’s suicide, with a strong sense of place and a sharp eye for character. A unique work of literature.

Williams evokes the profound horror of apocalypse whilst maintaining an intensely personal focus. Harrowing, but powerful.

Twenty-six individually bound portraits of what-if. The most beautifully made book of the year, with stories to match.

10. Evie Wyld, After the Fire, a Still Small Voice

A quiet, insightful tale of silence between fathers and sons, and the consequences of leaving things unspoken.

A murder mystery set in overlapping cities, and a fascinating fusion of fantasy and crime fiction.

A young man returns to Dublin after the death of his mother, and struggles to anchor his life. Well written and nicely observed.

And the best from previous years…

A perfectly constructed and beautifully observed tale of a life lived over and over again in different ways. This is an absolute jewel of a book which I am enormously glad to have read this year.

A marvellous coming-of-age (or beginnings thereof) story told in a brilliantly realised voice. A page-turner of depth and richness.

Though I didn’t intend it to happen, I got somewhat out of the habit of watching films in the latter half of 2009, so my view of the cinematic year is a bit skewed. But my favourite film from 2009 was a brilliant British fantasy called Franklyn; and, from previous years, I was most impressed by Once and Hard Candy — both excellent films, though very different in mood.

Instead of picking out albums, I’ll present a list of some of the best songs that sountracked my year (though not all originate from 2009); but, if it’s on here, you can (in most cases) consider it a recommendation for the relevant album:

Now up at Culture Revival is my review of Cross the Sea, a maritime flavoured EP from a Southampton band named Haunted Stereo. It has some really good songs, and marks Haunted Stereo out as an act to watch.  Here they are performing live for BBC Radio Solent:

It’s been quite a while since my last post on here, I know; but I’m back, and I have a new review up at Culture Revival, of ‘Bill Hicks’ by The Foxes. It’s a good song.

I have a new review up at Culture Revival, this time of ‘Toxic Crusaders’, a song by Randolph Chabot of Detroit, who makes music under the name Deastro. This is a nifty little dance track, as you’ll hear below.

I went to see Snow Patrol at the weekend, and what a great night it was. A brilliant performance, and even a surprise guest appearance by Elbow (it was as much a surpise to Snow Patrol as anyone else). My review of the gig is now up at Culture Revival, and you can read it here.