It’s International Booker Prize time, and once again I’ll be reading along and reviewing where I can. The longlist was announced this morning, so here’s what we’ve got:

Okay, well… To date, I have read two of these: the Pagano (which I liked) and the Ogawa (which I really liked, but I’m reviewing it for Strange Horizons so you’ll have to wait to find out more…). It’s great to see Schweblin and Vila-Matas on here, and I’m excited to explore the rest. How much I’ll get through is another question, because some of these books are quite long (and the Haratischvili is very long indeed). But I don’t want to rush – we’ll just see what happens.

As always, I will be taking part in the shadow panel to choose our own shortlist and winner. This year, I will be joined by Stu, Frances, Bellezza, Vivek, Barbara, Paul, Antonomasia and Oisin. I wish us all – and you – an enjoyable journey.

One of my favourite literary awards, the Republic of Consciousness Prize for Small Presses, announced its shortlist this evening:

Love by Hanne Ørstavik (tr. Martin Aitken) – And Other Stories. A short Norwegian novel about the relationship between a mother and son, told over the course of an evening.

Patience by Toby Litt – Galley Beggar Press. The story of a disabled boy yearning for connection, from the publisher of last year’s co-winner.

We Are Made of Diamond Stuff by Isabel Waidner – Dostoyevsky Wannabe. A tale of belonging and ambiguous reality set on the Isle of Wight, by the only author to have been shortlisted for the Prize twice.

A fascinating selection – congratulations to all!

The shortlist for this year’s Goldsmiths Prize was announced on Wednesday:

It’s been a good few years since I did a proper shortlist readalong (apart from the Man Booker International Prize, of course), and I already have half of these, so I’m going to read the list and report back. The Goldsmiths usually comes up with some gems, so I’m looking forward to it already.

We chose The Shape of the Ruins as our shadow winner, but the official judges of the Man Booker International Prize went down a different path. The official MBI winner for 2019 is: 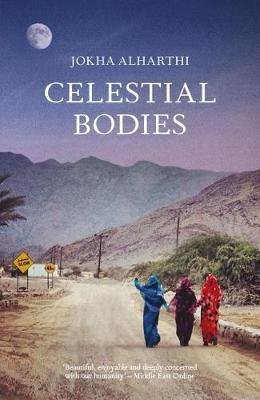 You can read my review of Celestial Bodies here: it’s a good book, so I’m pleased. Congratulations to the winners, thanks to my fellow shadow panellists for making the whole process such fun… Looking forward to next year!

A little under five weeks ago, the Man Booker International Prize shadow panel announced our shadow shortlist. We’ve since gone back to the books, talked it over, cast our votes, and now we can reveal our shadow winner for 2019. It is: 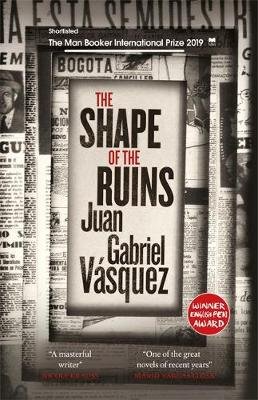 The Shape of the Ruins by Juan Gabriel Vásquez, translated from the Spanish by Anne McLean (MacLehose Press)

We’d also like to award honourable mentions to Annie Ernaux’s The Years (tr. Alison L. Strayer) and Sara Stridsberg’s The Faculty of Dreams (tr. Deborah Bragan-Turner), both of which gave us much to discuss.

The first thing to note here is the degree of overlap with the official shortlist: only one book is different (we have The Faculty of Dreams rather than The Pine Islands). Sadly, this similarity has come about in part because we found the longlist quite weak overall, so there weren’t as many good books to choose from as there have been in the past.

Nevertheless, there are some fine books on this shortlist, and we have interesting discussions in store before we choose a winner. The official Man Booker International winner will be announced on the evening of 21 May, and we’ll reveal our shadow winner shortly before then.

The official shortlist for this year’s Man Booker International Prize was announced on Tuesday:

Generally speaking, I think this is a good shortlist. I do have my reservations: I’m not keen on The Pine Islands, and this list leaves off my favourite book from the longlist (The Faculty of Dreams, which I’ll be reviewing next). But you can’t go far wrong with the rest of the shortlist.

We’ll be announcing the shadow panel’s shortlist next Thursday, 18 April. It’s not finalised yet, but it should make an interesting point of comparison with the official shortlist. 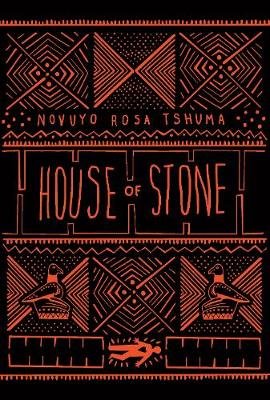 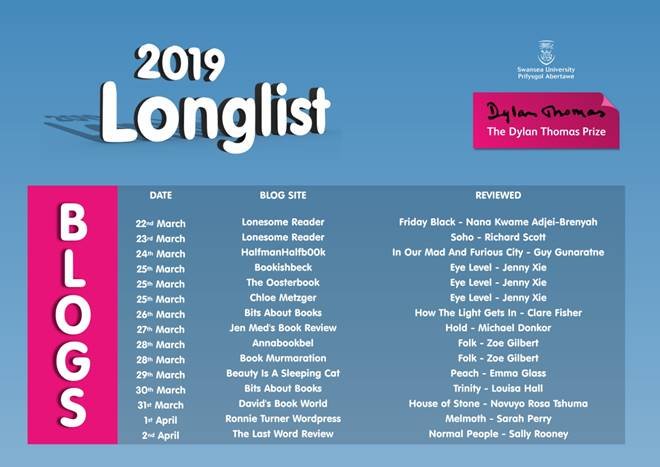 It’s that time of year again: time for the Man Booker International Prize. As ever, I will be reading along with the shadow panel. This year, I tried to make an effort to get ahead by reading more in advance (I’d read 16 eligible titles, which is more than usual). The longlist was announced today:

After all my preparation, I have read a grand total of one book on this list, which just goes to show how many ways this prize can go. Much of this list is an unknown quantity to me: even the book I’ve read (Drive Your Plow) is one I’ll have to read again, because I didn’t know what I thought of it the first time. I’m disappointed that Convenience Store Woman and T Singer especially didn’t make the cut, but I am hopeful of finding gems on the longlist; in particular, I’m looking forward to reading Samanta Schweblin again, having loved Fever Dream.

More generally, I’m pleased to see such a strong showing for small publishers (particular congratulations to Scribe and Sandstone, who are longlisted for the first time). It’s also notable that the list as a whole skews away from Europe and male writers.

(A couple of housekeeping points: although The Years is part of Fitzcarraldo’s essay list, it was published as a novel in France, and was accepted for submission by the Booker after discussion with the publisher. The Faculty of Dreams and The Pine Islands were due to be published in April, but have both been brought forward to 21 March).

The official MBIP shortlist will be announced on 9 April, with the winner to follow on 21 May. Until then, I will be reading and reviewing as many of the books as I can. Let’s go!

Man Booker International Prize 2018: and the winner is…

I’m late in covering this, as the Man Booker International winner was announced last Wednesday. Although the official and shadow shortlists had only two books in common, the judges came to the same conclusion as the shadow panel: Flights by Olga Tokarczuk (tr. Jennifer Croft) took the Prize. Congratulations to both author and translator, and of course to publisher Fitzcarraldo Editions.