July means Spanish and Portuguese Lit Month hosted by Stu. I’ve been joining in since 2016, but this year I thought I’d have a theme. Since I started reading translated fiction regularly, some of my favourite books have come from Mexico. I’ve found a few unread Mexican books at home, so they’re what I’m planning to concentrate on this month.

To start things off, though, here’s a look back on some Mexican highlights from past years of the blog…

Signs Preceding the End of the World by Yuri Herrera (tr. Lisa Dillman). Possibly my favourite of all Mexican novels that I’ve read. A crossing over the Mexico-US border becomes a literal descent into the underworld, in a vivid tale of blurred boundaries and thresholds.

Mildew by Paulette Jonguitud (tr. the author). A novel that breaks down the distinction between memory and reality, imagination and physical space. Mildew starts to grow over Constanza’s body on the day before her daughter’s wedding – does she have control over the story she’s telling?

Sudden Death by Álvaro Enrigue (tr. Natasha Wimmer). The tale of a cosmic tennis match between Caravaggio and Quevedo, spliced with accounts of a world being formed in the cauldron of the 16th and 17th centuries.

Down the Rabbit Hole by Juan Pablo Villalobos (tr. Rosalind Harvey). My introduction to Mexican fiction (and one of the key books introducing me to contemporary translated fiction in general). A drug baron’s son gets his wish to travel to Liberia for a pet hippo – and his perspective transforms what we understand.

Well, looking those up has got me excited for reading more… Do you have any favourite Mexican books? 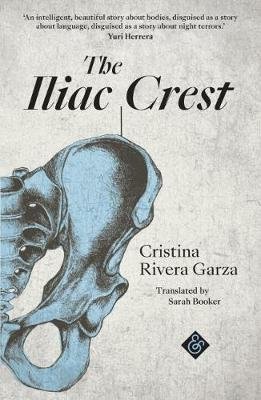 Today’s book is a short, strange and slippery novel from Mexico, only the second novel by Cristina Rivera Garza to appear in English. At the start, two women visit, and take up residence in, the unnamed narrator’s house. One claims to be the writer Amparo Dávila, and says she knows the narrator from when he was a tree. The second woman is an ex-lover of the narrator’s, referred to only as “the Betrayed”. The two women begin to speak to each other in a private language, and tell the narrator that they know he’s really a woman. Feeling threatened, the narrator decides to find out if his visitor really is Amparo Dávila – but this sets him on a course that will lead him to question what he thought he knew.