Tommy Wieringa, The Death of Murat Idrissi (2017)
Translated from the Dutch by Sam Garrett (2019) 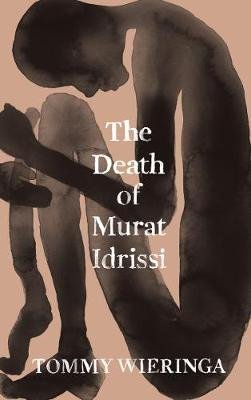 My reading for this year’s Man Booker International Prize begins with this novella by Dutch writer Tommy Wieringa, which draws its inspiration from a court case that the author attended in 2004.

We are introduced to Ilhan and her friend Thouraya, daughters of Moroccan immigrants to the Netherlands. During a visit of their own to Morocco, the young women are persuaded by their old acquaintance Saleh to conceal nineteen-year-old Murat Idrissi in the boot of their car for the journey back. When they return to Europe, they discover that Murat has died in transit; Saleh promptly disappears, leaving the women to work out for themselves what to do.

I particularly appreciated Wieringa’s portrait of characters caught between two cultures. When she was younger, Ilhan had a strong sense of herself as Dutch, one that seemed set to be reciprocated by society, but the response to 9/11 changed that:

Either you are with us, said the most powerful man in the world, or you are with the terrorists. The plans, his words – they broke her world, the whole world, in two, into we over here and them over there. And Ilhan became them. And her body became over there. She felt how the enmity nestled in her organs, how she became infected by the fear and the aversion of others. That is how she became what others thought they were seeing, a double transformation.

The women’s relationship with their Moroccan roots is complicated: for example, Thouraya is proud of the hardiness she has inherited from her father, but dismissive of what he endured to get to where he did. When Ilhan and Thouraya view living conditions in Morocco, it is clear they are doing so through Westernised eyes. Murat’s death brings these issues into sharp focus for the women, as they have a tangible reminder in their car boot of the real distance between themselves and where they’ve just been.

Wieringa’s characterisation can be broad-brush, but his writing (in Sam Garrett’s translation) is sharp. The use of a dead Moroccan as a plot device gives me pause, but on balance I think Wieringa honours the gravity of Murat’s situation, rather than just exploiting his death to teach the protagonists a lesson. Ultimately Murat remains the book’s centre, all the more so because he is denied a voice of his own.

I found The Death of Murat Idrissi a welcome addition to the MBIP longlist, and I will certainly be reading Wieringa again in the future.