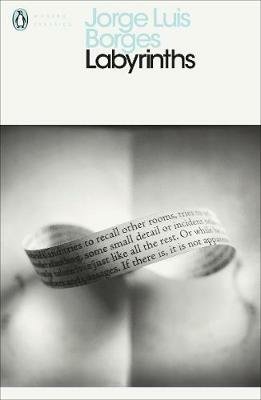 I think that, somewhere in the back of my mind, I must have a list of authors who I feel are almost Too Famous To Read, let alone Too Famous To Write About, for fear of having nothing original to think or say. I know this is absurd, because a) if I want to read a given book, there’s not much to stop me, and b) the point of writing this blog is to talk about my experience of reading books – something personal to me – not to pass an exam.

Anyway: I need to get over having this list of authors Too Famous To Read. Jorge Luis Borges was on it, but now I’ve borrowed a copy of his Labyrinths: Selected Stories and Other Writings from the library for Spanish and Portuguese Lit Months. I’m going to blog some thoughts on what I read, and see how it goes.

In ‘The Garden of Forking Paths’, Dr Yu Tsun – a Chinese scholar of English and agent of the German Empire during the First World War – is pursued by a mercenary in the pay of England. Tsun travels to the house of one Dr Stephen Albert, the only person he knows who can help him get his secret message to the Chief. Albert and Tsun discuss Tsun’s ancestor, Ts’ui Pên, who constructed a model of the universe as a labyrinth of paths, each forking at a point of possibility, creating new paths and futures with each eventuality.

It feels a little odd to read this story now, as a long-time reader of science fiction and fantasy, and therefore used to the idea of parallel worlds and branching realities (I’m assuming, of course, that these ideas would have been reasonably new to Borges’ audience in 1941). Still, there is a strong sense of Yu’s being at the centre of a labyrinth of pasts and possible futures – for example, as a point where the paths of the past collapse into the present (Yu says that he thinks his Chief disdains the Chinese “for the innumerable ancestors who merge within me”). But then there’s the ending, where all potential futures dissipate, and one reality was inevitable after all.