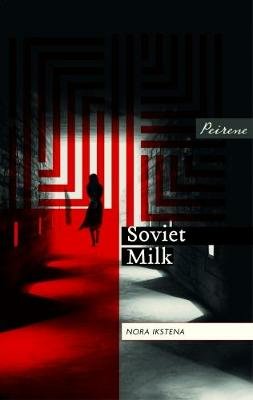 Today I’m looking at a book from Latvia, the first title in Peirene‘s ‘Home in Exile’ series for 2018. Two unnamed first-person narrators alternate: a mother and daughter. The mother is born in Riga in 1944 and becomes a talented doctor, offered a position to study in Leningrad. She gives birth to a daughter in 1969, but struggles with the prospect of being a mother: she disappears for five days immediately following the birth, and remains distant from her daughter, who is brought up mostly by her grandmother and step-grandfather.
All this changes, however, at the turn of 1977/8, when the mother has a run-in with the Soviet bureaucracy which ends with her being sent to run an ambulatory station in the Latvian countryside. She takes her daughter to live with her, hoping to grow closer to her – but depression continues to overshadow the mother’s life. There’s a stark quality to Nora Ikstena’s prose (in Margita Gailitis’ translation) that really heightens the intensity of her subject matter.
Milk is a recurring motif throughout the book: for example, the mother fears that she will poison her daughter if she breastfeeds, and the girl grows to be lactose intolerant. This works effectively as a metaphor for the troubled mother-daughter relationship at the novel’s heart, but also as a metaphor for the relationship between Latvia and the Soviet Union. The mother longs for Latvia to gain its independence, while the daughter starts to learn about Latvian culture at a clandestine after-school group. As the novel approaches its end in 1989, change is on the horizon, but the way for the two protagonists to reach there remains uncertain.
Soviet Milk is a fine example of a human story that refracts to illuminate a wider picture, and works well at both the small and large scales. I’ll be looking out for more of Ikstena’s work in translation in the future.