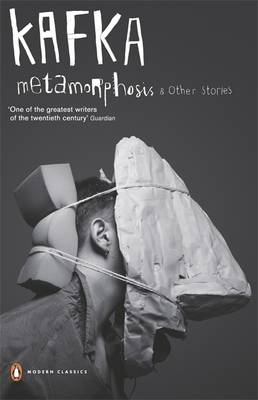 First impressions of Kafka: The Judgement

After Contemplation, on to a longer story by Kafka. Naturally enough, there’s more of a sense of movement within ‘The Judgement’, but to begin with I felt I was reading something clearly ‘of a piece’ with the Kafka I’d already read. When we meet him, Georg Bendemann has just finished writing a letter to a friend of his who now lives in Russia. From Georg’s thoughts, it is clear just how difficult he found it to decide what to write:

Should you advise him to come home, to take up his old life here, pick up the threads of his former friendships – there was no reason why he shouldn’t – and look to the support of his friends in other ways too? That was tantamount to telling him (and the more carefully one did it, the more wounding it was) that his endeavours thus far had been a failure, that he should call a halt and come home – and thenceforth suffer himself to be stared at by everyone as a returnee…

This is only part of a long series of what-ifs that recalls pieces like ‘The Sudden Walk’, and there’s another one soon after where Georg is wondering whether to mention that he’s recently become engaged (and whether he’d want his friend to come back for the wedding). By now, I’m used to being immersed in this uncertainty from Kafka. But then, Georg heads over to his father’s room, and something starts to feel different; or, rather, there’s a sense of something from the earlier pieces happening on a larger scale.

There are shifts in mood and emphasis, but they happen within the same scene, rather than between individual paragraphs. First, our impression of Georg’s father is that he’s ill and weak; then, the father commands our attention with a long speech that questions whether his son even has a friend in Russia; then Georg is the strong one again, carrying his father to bed; and so it continues. In his introduction to the collection, translator Michael Hofmann comments that ‘The Judgement’ feels “like a code that makes sense”, and I think he has a point. There’s a sense of something going on, or some secret, just beyond our reach, which might explain everything that happens. Then again, perhaps there isn’t – either way, we’ll never know.