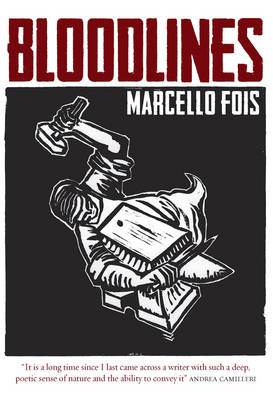 Marcello Fois, Bloodlines (2009)
Translated from the Italian by Silvester Mazzarella (2014)

Bloodlines is the story of a Sardinian family through the first half of the twentieth century – but not a family linked by blood. Michele Angelo Chironi and Mercede Lai were both orphans, and, even though he was adopted by a local blacksmith, Michele Angelo kept the surname given to him at the orphanage. So the Chironi family starts at the turn of the century, and the story of Bloodlines is the story of its first faltering steps through war, mortality, and socio-political change.

Though there are tumultuous events in the background, the focus is always on what they mean for the Chironis, and there is a sense that the family’s struggles are a reflection of wider Sardianian society coming to terms with the changes of modernity and gradually becoming more of a part of Italy (if I were more certain of the history, I might suggest that the family’s seeking to establish itself from effectively nothing reflects the coming together of Italy as a nation-state). There are frequent reminders from Fois’s narrator that this is a story, and therefore selected and shaped – there are many other stories that could be told about other families. Silvester Mazzarella’s translation captures the tone of being slightly distanced from events that occasionally – often tragically – come close to home. All in all, I very much enjoyed Bloodlines and I’d be happy to see it progress to the IFFP shortlist. 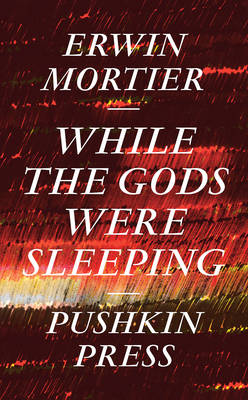 Erwin Mortier, While the Gods Were Sleeping (2008)
Translated from the Dutch by Paul Vincent (2014)

Belgian author Mortier  offers another personal approach to the early twentieth century, this time through the eyes of Helena Demont, an old woman in the present looking back on her life before and during the First World War. It begins as a comfortable bourgeois existence, before the German invasion sends Helena to France,, and the farm of her mother’s family. The experiences of Helena’s brother in battle and convalescence, and her journeys with an English photographer whom she falls for, will bring Helena – and us – closer to the horrors of the war.

Paul Vincent’s translation is rich and dense – indeed, at times (especially towards the beginning) I found the prose a little too over-egged. But the realities of war-ravaged Flanders are rendered vividly indeed, and Helena’s emphasis on the nature of memory underlines that even such dark moments of history will eventually fade into shadows and exist, for good or ill, only in our recollections. It wouldn’t at all surprise me to see While the Gods Were Sleeping make the IFFP shortlist, and I don’t think I’d mind if it did.