One of the Boys – Daniel Magariel 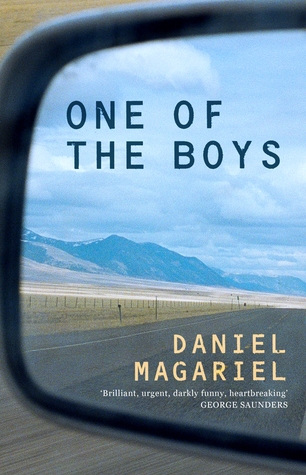 A twelve-year-old boy (our narrator) stands by as his father and older brother look over some developing Polaroids. “You look too good,” the father says to him. “You were in much worse shape when I picked you up, weren’t you?” Jokingly, the brother suggests that he try slapping the boy. In all seriousness, the father thinks this is a good idea. The boy is hesitant. “I thought you wanted to come with us,” says the father. “I thought you were one of the boys.

The immediate background to this is that the boy’s mother hit him during the course of a fight. The father sees this as his chance to win ‘the war’ (as he terms the divorce and custody proceedings) – if only he can get some good photos to show Child Protective Services. I

In the end, the boy resolves the matter by slapping himself, again and again. “Take it now,” he instructs his father. “This angle,” showing his ‘best’ side to the camera. Perhaps he is one of the boys, after all.

It makes a difference that Daniel Magariel’s debut is a short book. Not because its depiction of violence and cruelty is so unflinching, but because of what the length does to the shape of the story.

As I was reading One of the Boys, I found myself imagining a more conventional, 400-page version of the novel, one that I would probably have abandoned. This longer novel would certainly have filled in details like the main characters’ names. But it would also have had more connective tissue: it might well have placed the relationship between father and sons in the context of a broader family history, or shown the boys growing up in a community, to contrast with the darkness waiting at home.

In actuality, it’s as though One of the Boys is narrated in extreme close-up, such that we don’t see all of the detail at the edges. For example, we see enough to understand why the brothers feel animosity towards their mother, but we don’t have a rounded view of that relationship (neither do they, of course). The outside world appears, but only intermittently. The family unit (of father and sons) is always at front and centre.

With victory in ‘the war’ in sight, the father moves his sons from Kansas to New Mexico to start a new life. They’re all going to be kids again, the three of them; and the father, a financial advisor, still has his big account in Kansas that will keep them afloat.

But things don’t always go to plan. A trip to a biker bar falls flat because the bartender refuses to serve children, and won’t be fazed by the father’s bravado. The narrator gets into a fight at school, resulting in the principal’s second call home. The brothers persuade themselves that their father will see the fight as a positive thing – a milestone on the road to manhood. Instead, the boy is viciously beaten, his father hissing: “How am I supposed to control you?”

Privacy is the father’s number one rule, and it’s not long before our narrator discovers why his father doesn’t want him snooping around in his bedroom. Later, the father confesses his drug use to the boys. “The sixties were a crazy time,” he says. “We are all entitled to one bad habit, aren’t we?” – as though cracking knuckles (his example) could in any way compare to the destructive behaviour that we observe.

This is how the father works: violence and hostility towards anything that might threaten his control over the family unit; then the picture of reasonableness when a shade might be cast on his character. And perhaps his most powerful card: the appeal to family. “Family is all we have,” he tells his sons – and this, ultimately, is what keeps the three of them under the same roof.

After one incident too many, however, the older brother decides it’s time to get out; and there’s only one way he can think to do that – to call his mother. An intense, vivid sequence follows (one of many that Magariel does so well), confirming that the boys’ father really is just a little kid – pitiable as well as contemptible. As the narrator puts it:

Our dad was an act with a single end. His trajectory: down, down, down. He was going to kill himself out here. And it wasn’t that I didn’t care anymore. He was my father. It was just that we had spent far too long as his audience, right here on this couch.

The performance metaphor is apt, because the father is desperate to be seen to be in charge, through persuasion, threat, or violence – whatever works. If the boys to be able to leave, they may need to write a new script – even if that means stepping outside the family. And at this point, there are still more hidden corners for the reader to turn, up to a pitch-perfect ending.

You can read other blog reviews of One of the Boys over at Elle Thinks and Lonesome Reader; there’s also Rabeea Saleem’s piece at Wales Arts Review.