A review of this nature should set out its stall, so here goes: I believe that, in a fantasy story – especially one worthy of the ‘best of’ label – the fantasy should be intrinsic to what the story is doing. I also want it to be earning its keep; I don’t want stories that feel as though they’re trying to gain effect by appealing to a sense of nostalgia or fondness for a particular idea. Hopefully this will give you a sense of where I’m coming from as I look at these two Year’s Best anthologies. 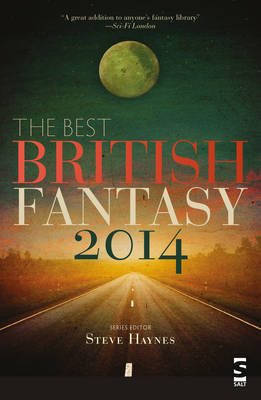 Let’s turn first to Salt’s Best British Fantasy 2014 (whose remit incorporates science fiction). Some of its fourteen stories are decent enough but lacking that extra spark. ‘Cat World’ by Georgina Bruce tells of two sisters who live on the streets, their only escape being the odd stick of Doctor Rain’s Travel Gum, which takes them away to the titular, friendlier place. But, when one sister goes missing, the other finds the world more dangerous than ever. Bruce’s story is reflective of pressing real-life concerns; and the convincingly child-like narrative voice does work. The problem is that the fantasy elements are scarcely necessary, and ‘Cat World’ reads much like many a familiar literary realist story along similar lines. Likewise, Carole Johnston’s ‘Ad Astra’ sees a couple’s relationship tested when they go into space; it’s okay, but ultimately there’s no need for the story to be set in space.

Still, better this approach than that taken by David Turnbull’s ‘Aspects of Aries’, a series of snapshots from a future where social divisions have formed along astrological lines. It doesn’t convince either as something that might actually happen or as a sandbox future for satire. Turnbull’s story seems mostly geared towards delivering the weak (and pretty distasteful) pun in its last line. I read stories like these three and think: fantasy and SF can do so much more than mimic the strategies of polite realist fiction and facilitate bad jokes.

Thankfully, there are some pieces in the anthology which do show some of fantasy’s potential. ‘Saga’s Children’ by E.J. Swift is narrated collectively by the children of Saga Wärmedal, a celebrated space adventurer whom they never knew and who called them all together to meet her on Ceres. Swift captures the sense of her characters living in their mother’s impossibly long shadow, their lives manipulated by forces beyond their comprehension. ‘Saga’s Children’ works most of all because its grand gestures mirror its larger-than-life canvas.

Elsewhere, ‘Zero Hours’, Tim Maughan’s tale of young people bidding online to undertake zero-hour contracts, eschews metaphor, ending up as the story that feels most engaged with present and future. The protagonist of Nina Allan’s ‘Higher Up’ grew up in the shadow of 9/11, and now has premonitions of a similar event involving her pilot husband; the fragmented structure blurs reality and fantasy to cutting effect. I’m glad to see stories like these in The Best British Fantasy 2014 and they make the anthology worth reading; I just wish there were more of them. 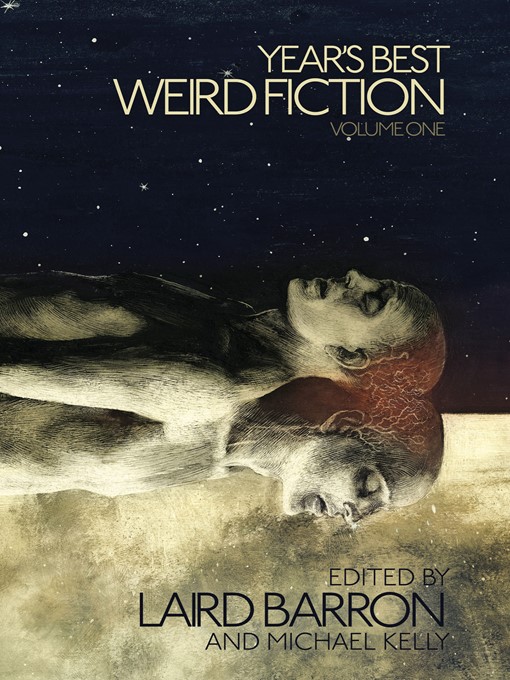 Now to the first Year’s Best Weird Fiction, whose rotating editorship promises an ever-shifting view of a field which, inaugural editor Laird Barron’s introduction acknowledges, can be “nebulous.”  There are twenty-two stories here, with a variety of approaches – and varying degrees of success. ‘The Nineteenth Step’ by Simon Strantzas begins promisingly, as a couple move into a dilapidated house whose staircase appears to have an extra, invisible, step. But the story ends just this side of ‘it was all a dream’; and the glimpse of a hidden world isn’t enough to earn that.

Anna Taborska’s ‘The Girl in the Blue Coat’ takes us to Poland, where the spirit of a young girl may have lived on beyond the horrors of the Nazi occupation. There’s scope here for an eerie experience of doubt: the core tale is told at several layers of remove, through the sceptical eyes of journalists and other researchers. But the sense of possibility never quite comes to life.

In ‘Moonstruck’ by Karin Tidbeck, young Alia’s mother Vera is consumed with a fascination for astronomy, so much so that her skin becomes patterned with grey patches of what she insists is regolith. When the moon begins to move towards the Earth, Vera’s condition only grows more acute; meanwhile, Alia is going through her own transformation, as she has her first period. Tidbeck creates a striking parallel between mother, daughter and moon, but still leaves space for a strangeness greater than the three.

Many of the stories reference older writers and forms, sometimes with a sense of leaning too heavily on them for effect but on other occasions able to build on those foundations. Scott Nicolay’s ‘Eyes Exchange Bank’ has characters discussing Poe, and its own share of amorphous figures and sinister buildings – but there’s a rawness to the telling which aligns that iconography with the contemporary setting of a small town beset by economic hardship, to which the protagonist has returned. In ‘Shall I Whisper to You of Moonlight, of Sorrow, of Pieces of Us?’, Damien Angelica Walters takes the obsession of a classic weird fiction narrator and transfers it to a bereaved character who could not let their partner go, creating an effective portrait of someone struggling to move on.

I couldn’t help but wonder on finishing this anthology: what would a 21st Century weird fiction, built from the ground up, be like? I’m not sure that I really saw it here, and perhaps it is the wrong question to ask; perhaps riffing off the past is simply in the nature of weird fiction. Future volumes of Year’s Best Weird Fiction will help to answer that; for now – despite my reservations – there are some stories here which are worth exploring.