And Other Stories: Invisible Yet Enduring Lilacs by Gerald Murnane

My introduction to Gerald Murnane was his debut novel Tamarisk Row, which I loved for the way it depicted childhood imagination and the sense of strangeness hidden within the everyday. Murnane’s 2005 essay collection Invisible Yet Enduring Lilacs came as part of my And Other Stories subscription, and it has proven an ideal follow-up to Tamarisk Row. I’ve valued it for the chance to spend time in the author’s world.

The essays in this collection gave me some insight into how Murnane perceives the world. For example, the young protagonist of Tamarisk Row would imagine whole worlds in the abstract patterns of light through glass. It came as no surprise to discover that, when Murnane played horse-racing games with marbles, he would focus on the patterns created out of each small movement. He also mentions a liking of charts and diagrams: some of his essays feel like diagrams put into words, as they circle back over images and memories.

Murnane’s writing often seems to return to landscapes, but landscapes of the mind, imagined grasslands or plains. As he puts it in ‘Birds of the Puszta‘:

Plains looked simple but were not so. The grass leaning in the wind was all that could be seen of plains, but under the grass were insects and spiders and frogs and snakes – and ground-dwelling birds. I thought of plains whenever I wanted to think of something unremarkable at first sight but concealing much of meaning. And yet plains deserved, perhaps, not to be inspected closely. A pipit, crouched over its eggs in the shadow of a tussock, was the colour of dull grass. I was a boy who delighted in finding what was meant to remain hidden, but I was also a boy who liked to think of lost kingdoms.

Murnane’s work keeps evoking for me a sense of “lost kingdoms”, imaginative spaces hidden just out of sight. When I finished Invisible Yet Enduring Lilacs, I had been changed by it: when I looked around at the world, something felt different. 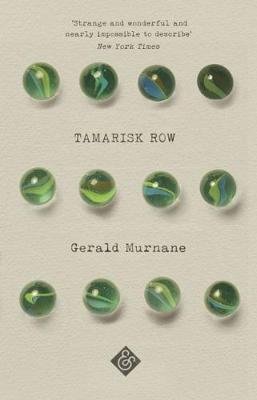