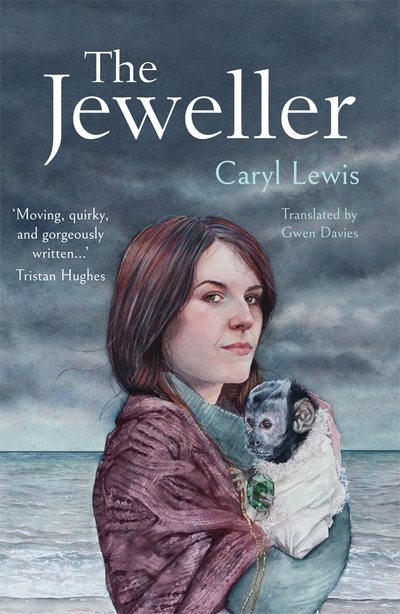 Today’s post is part of a blog tour for a new Welsh novel: The Jeweller (Y Gemydd) by Caryl Lewis (translated by Gwen Davies, published last week by Honno Press). Lewis is a prolific writer for adults and children in the Welsh language, and has also worked on the TV drama series Y Gwll/Hinterland and Craith/Hidden. She won the Wales Book of the Year Award for her novel Martha, Jac a Sianco, which was translated into English (by Davies) as Martha, Jack & Shanco. I reviewed that book for Fiction Uncovered a few years ago, and I’ve looked forward to reading Lewis again ever since.

The Jeweller is the story of Mari, who lives alone in a cottage by the sea with her cat and her monkey, Nanw. Mari runs a market stall selling jewellery and vintage clothing; she also helps her fellow trader Mo with clearing out dead people’s homes, in return for for first refusal of anything she might like to sell.

So, Mari spends her time surrounded by the bits and pieces of other lives. But her most prized possession is a piece of raw emerald that first caught her eye as a child. She would love to cut it just a little, to see the shine within. However, Mari knows enough to be wary:

But yes, of course such gorgeous uncut gems can trick you. She’d heard of jewellers sent insane by years of knowing a stone’s face as incisively as they did their own. They’d put all their faith in it. Been led to believe they had the key to every cell. That it was rock solid. But they’d take up their tools and it would flake to powder just the same. Leaving the memory of that germ of beauty.

This illustrates one of The Jeweller‘s main themes, which is about what lies beneath the surface of life, and how fragile it may all be. For a start, Mari’s market is under threat of closure. There are also hints of secrets in Mari’s past. They don’t come into full focus until the novel approaches its end, so there’s a sense of tension throughout as you never know which way things will turn. The Jeweller adds up to a portrait of a character at a crossroads in her life, uncertain of her options but in need of a direction. 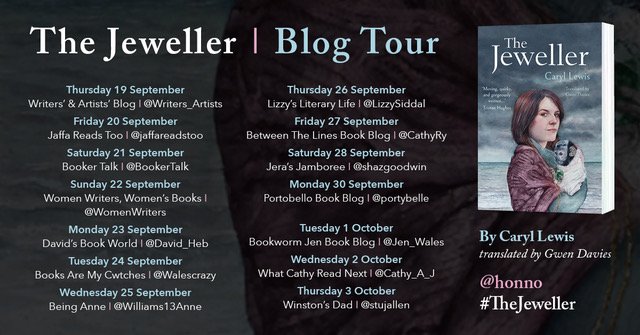