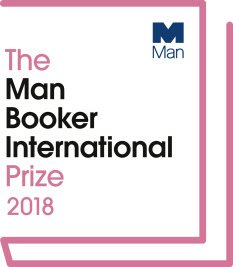 It’s been ten weeks since the Man Booker International Prize longlist was announced, and in that time the Shadow Panel has been working away in the background, reading frantically while discussing the merits and flaws of the selected titles. From the thirteen books we were given by the official judges, we chose a shortlist of six (only two of which made the official cut!), and off we set again, to reread as much as possible in the time we had. Then we discussed the books a little more before voting for our favourites, culminating in the choice of our favourite work of translated fiction from the previous year’s crop. And who might that be?

THE WINNER OF THE 2018 SHADOW MAN BOOKER INTERNATIONAL PRIZE IS: 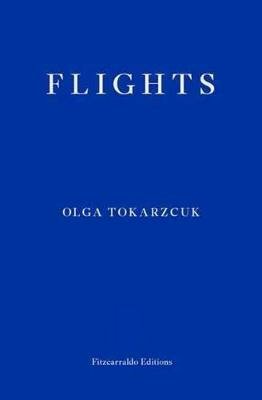 Congratulations to all involved! While not a unanimous decision, Flights easily won the majority of votes from our judges. In fact, in the seven years we’ve been shadowing the prizes (IFFP, then MBIP), this was the clearest winner by far, showing how impressed we were by Tokarczuk’s integration of seemingly disparate pieces into a mesmerising whole. Thanks must also go to Croft for her excellent work on the book – as always, it’s only with the help of the translator that we’re able to read this book at all…

A special mention should also go to Fitzcarraldo Editions. This is their second consecutive MBIP Shadow Prize (we selected Mathias Énard’s Compass as our winner for 2017), and having also come close with Énard’s Zone in 2015 (which wasn’t even selected for the official IFFP list that year!), they have proved to be one of the UK’s rising stars of fiction (and non-fiction) in translation. We look forward to seeing whether they can continue to provide titles for the longlist in future years.

Firstly, thank you to the rest of our Shadow Panel. While Tony, Bellezza and Lori were around to help once more, it was a new-look team this year, with Paul, Vivek, Naomi, Oisin and Frances joining the crew. It’s been fascinating to compare our opinions about the books, even (or especially!) when we disagreed about them. Here’s hoping that we can do it all again next year!

Secondly, a shout-out to all the readers and commenters out there. It’s heartening to have people appreciate our endeavours, and when people say that they’re following the prize vicariously through our reviews and comments, even if they don’t have time to read all the books themselves, it makes us feel as if the whole process is worth it.

Finally, thank you to the official judges for taking the time to read an awful lot of books in order to select the cream of the crop (although occasionally there’s a suspicion that the milk has gone rather sour…). We hope that their final choice (to be announced about twenty-four hours after ours) is a worthy winner to round off this year’s prize. Who will it be? Come back soon to find out…