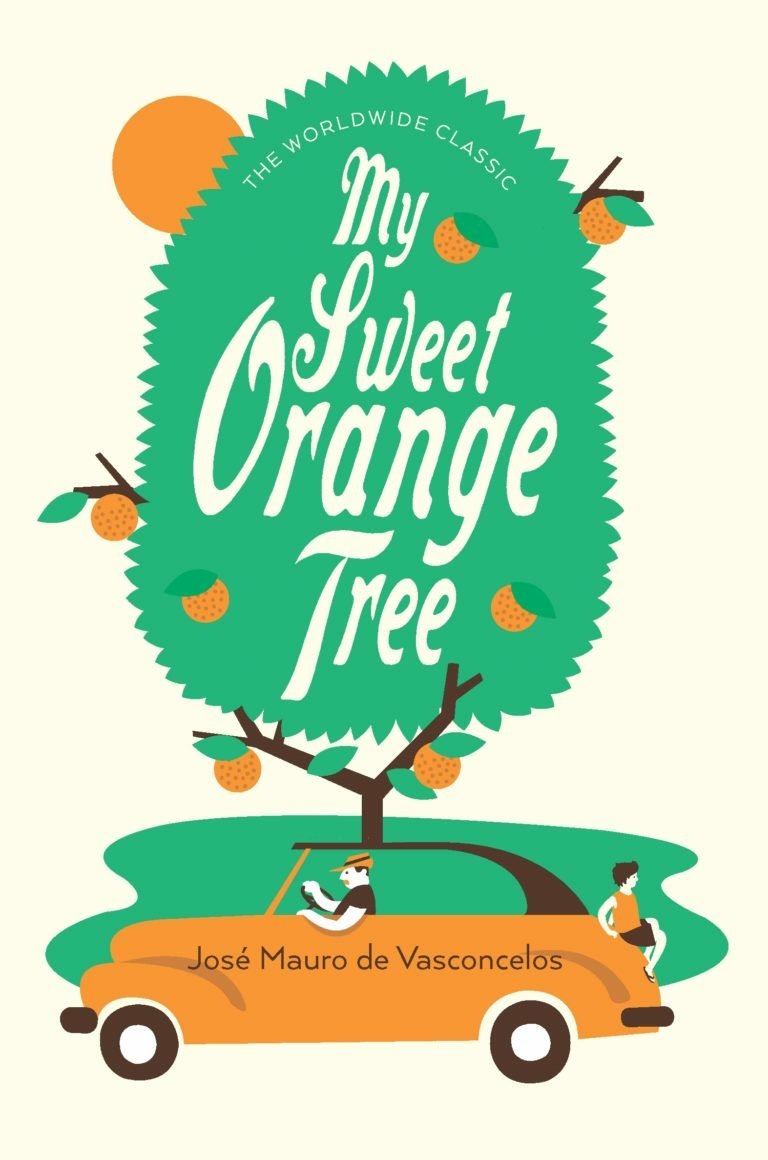 According to the press release, My Sweet Orange Tree has never been out of print in Brazil since it was first published in 1968. It’s a worldwide bestseller, having been translated into 19 languages… but it has been out of print in English for over 40 years, until this new translation by Alison Entrekin, published by Pushkin Press.

My Sweet Orange Tree is an autobiographical novel, based on José Mauro de Vasconcelos’ childhood in the Bangu neighbourhood of Rio de Janeiro in the 1920s. The book introduces us to Zezé, a precocious five-year-old with a tendency to play pranks on others, which often leads to him being beaten. He’ll tell others that he has the devil in him and should never have been born, yet he has charm and kindness to match his cheek.

Zezé’s family struggles to get by: there are seven siblings to provide for, but Father is out of a job, so Mother has to work as much as she can at the factory. It means there are no presents waiting this Christmas in the shoes that Zezé has left outside his bedroom door. “Having a poor father is awful!” he blurts out, not realising that his father is right there to hear him. This leaves Zezé unable to act:

I felt like racing down the street and clinging to Father’s legs, crying. Telling him I’d been mean – really, really mean. But I just stood there, not knowing what to do. I had to sit on the bed. And from there I stared at my shoes, in the same corner, as empty as could be. As empty as my heart, careening out of control.

But one of the things that’s so charming about Zezé is that he always has a plan. In this case, he decides to head out with his shoe-shine tin, to see if he can earn enough money to buy his father a gift.

Zezé also has a broad imagination to match his resourcefulness. When the family moves house, Zezé claims a sweet-orange tree in the garden for himself. He names it Pinkie, imagines he can hear it talk, and whiles away hours riding in its branches with Tom Mix and other movie cowboys of the day.

But friendship in the real world becomes increasingly important to Zezé. There are some memorable scenes as he becomes the helper of a man who visits the neighbourhood once a week to sing the latest popular songs and sell brochures of lyrics. Most important of all to Zezé, though, is his secret friendship with Manuel Valadares, a Portuguese with the finest car in the area. Time spent with him becomes an alternative to Zezé’s family life, a relationship that’s vivid on the page.

Now that I’ve read My Sweet Orange Tree, I can absolutely see why this book is so beloved. Zezé is such a charming character, and there are some truly powerful moments. I’m glad to have had the chance to read this book, and warmly recommend it to you.