A Vineyard in Andalusia – Maria Dueñas: a snapshot review 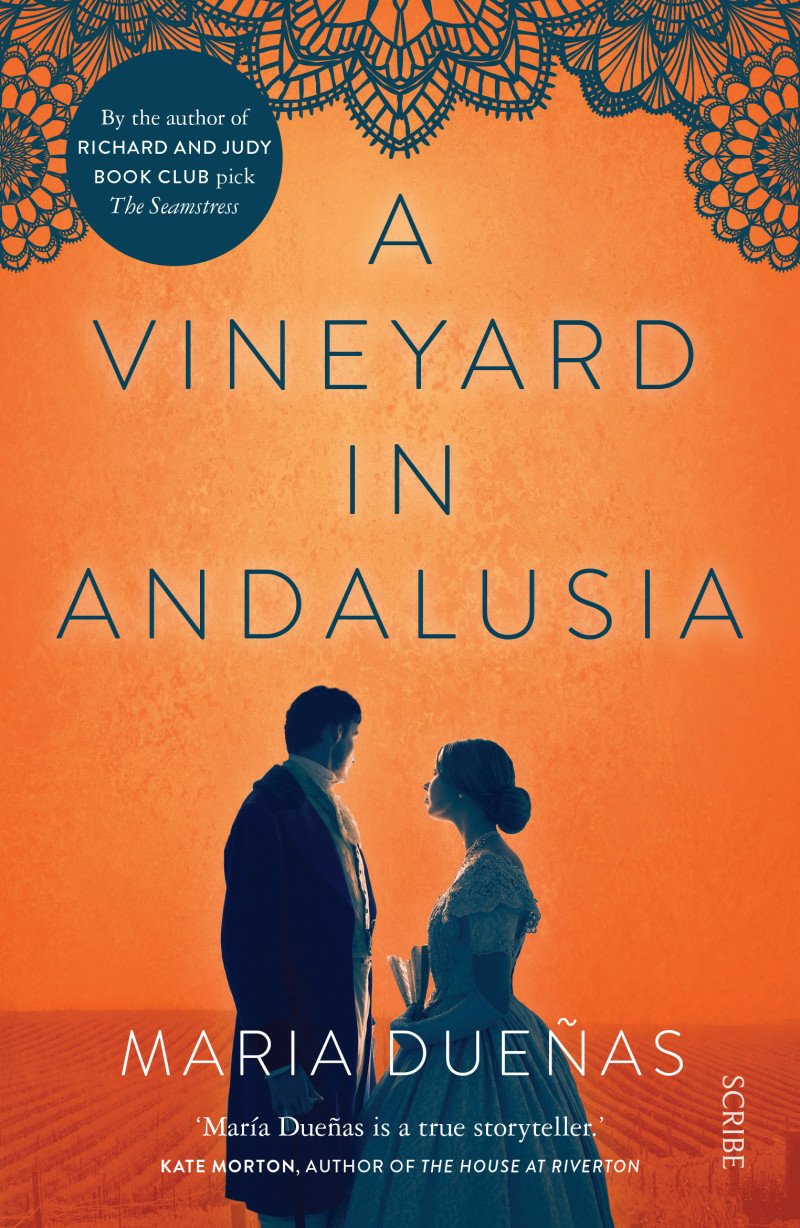 This is a perfect example of the right book coming at the right time. I was in the mood for a long and welcoming novel that could round off the evening. Maria Dueñas’ new book proved to be just that.

It’s 1861. Mauro Larrera is a Spaniard who has made his wealth as a silver miner in Mexico. As the novel begins, Larrera learns that his latest risky investment has collapsed, and he’s going to lose everything. He then has to find a way to get out of his predicament, while maintaining appearances. Mauro’s family and associates have their suggestions, but it seems clear from the outset that Larrera has it in mind to flee.

Mauro borrows some money from a creditor he’d rather not cross, then sets off hoping to repeat his earlier success. Amidst various scrapes, he goes to Havana, then eventually finds himself back in Spain as the owner of a vineyard, and caught up in the complicated affairs of the family who owned it previously.

A Vineyard in Andalusia is a glorious yarn, almost every chapter adding a new twist to Larrera’s travails. It was also great fun to read in self-imposed instalments – there are plenty of cliffhangers. There are times when certain events happen ‘off-stage’ that I’d have loved to read rather than being told about them after. However,  this doesn’t detract from a highly enjoyable tale, narrated in the snappy prose of Nick Caistor’s and Lorenza García’s translation.

A version of this review was previously published as a thread on Twitter.

A Vineyard in Andalusia (2015) by Maria Dueñas, translated from the Spanish by Nick Caistor and Lorenza García (2017), Scribe Publications, 534 pages, paperback (review copy).

« Republic of Consciousness Prize longlist 2017 Some book recommendations from 2017 »