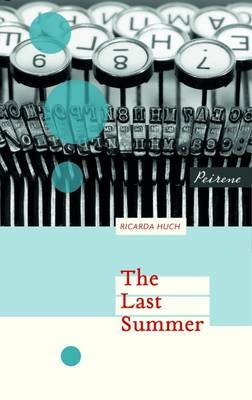 This is the first title in Peirene Press‘s ‘East and West’ series; and, unusually for the publisher, it’s a classic – first published in 1910. Ricarda Huch was a pioneering German writer and intellectual, one of the first women to obtain a doctorate from the University of Zurich.

The Last Summer is an epistolary novel set in the early 20th century. Having closed the university due to student unrest, the Governor of St Petersburg receives a death threat. His wife hires him a bodyguard, Lyu. But Lyu is in on a plot to assassinate the Governor.

I thoroughly enjoyed this book. Jamie Bulloch’s translation creates a real sense of urgency underneath an apparently placid surface. The letters of Lyu and the Governor’s family reveal a complex web of emotion and relationships. But they also bring into question how much one can really know another person. Ultimately, Huch’s characters become trapped by the form of the novel itself.

This review is adapted from an earlier Twitter thread.