Himself by Jess Kidd: review and Q&A 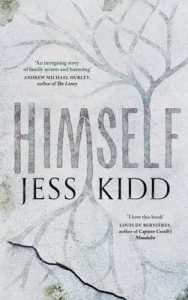 Today’s post is part of a blog tour for Himself, the debut novel by Jess Kidd. As well as writing a review, I’ve asked Jess a few questions, and I thought I would try to interleave the two…

In 1976, Mahony arrives in Mulderrig, a village on the west coast of Ireland – and his childhood home. He can’t remember the place – but then, Mulderrig is a place apart at the best of times, and he broke the mould simply by leaving, even if he was a baby at the time:

Here the colours are a little bit brighter and the sky is a little bit wider. Here the trees are as old as the mountains and a clear river runs into the sea. People are born to live and stay and die here. They don’t want to go. Why would they when all the roads that lead to Mulderrig are downhill so that leaving is uphill all the way?

There is a vivid sense of place in Himself, and it came as no surprise to me to learn that this was the seed of the novel:

Mulderrig has always felt like a character in its own right, says Kidd, because it’s so strong in my mind. From the beginning I was able to wander around it in my imagination. It first emerged in a short story and I found myself totally intrigued by the town. Writing a novel offered me the scope to explore the setting further…Mulderrig and Mahony emerged, as did their intertwined histories.

Ah yes, intertwined histories. The infant Mahony was taken from his mother (“the curse of the town”) and left on the steps of an orphanage. He has now returned to Mulderrig because he’s been told of that secret past (and his real name), and he wants to uncover what happened. He’ll meet some fascinating characters: one who really stands out for me is Mrs Cauley, a splendidly irascible old actress who becomes Mahony’s partner-in-investigation.

She’s also the person in whom Mahony is able to confide another secret: that he can see the dead. The supernatural in Himself is strikingly low-key, and I asked Kidd to elaborate on that choice:

For me there are two main supernatural elements in the book, the dead and the magic that erupts from the place itself. I wanted the supernatural elements to feel part of the fabric of the text and not just added on for entertainment value, to shock or surprise. I was therefore careful to weave these events into the narrative, always making sure that they had a place in furthering plot or developing character.

The dead have a communicative function in Himself. Whilst there is the suggestion of a chilling Gothic-style haunting (without giving too much away) the dead in general have a very different kind of presence because of the way they interact with the living. This is because I wanted the dead to be fully developed characters in their own right, with their own stories and a sense of lives lived. The other supernatural elements in the novel, such as the biblical storm, swarming creatures and misbehaving wells, are very much linked to folklore and the land. Above all I wanted to create a world that the reader could become completely immersed in, however bizarre it became! To achieve this, the supernatural elements had to feel like a natural part of the fictional setting. I wanted even the most outlandish supernatural events to feel perfectly plausible and right in the context of the town. The otherworldly outbursts also provide an important contrast to the atmosphere of the town, which is very locked-down, silenced and repressed. In a way the supernatural communicates the rising tensions and repressed fear and guilt of the villagers.

That feeling of the supernatural being an everyday part of the world really comes across in the novel. For example, there is the scene where Mrs Cauley makes a whirlwind of her library to find a clue:

Soon light pamphlets of philosophical thought start to join them, skidding across the floor and fluttering up into the whirling cloud of paper. Slim volumes of difficult poems come next, scuttling out from dark corners and flapping headlong into the swirling gyre. Even the most aloof classics join in, shedding their covers and flinging themselves, one after the other, into the vortex.

I love the rhythm of that passage. I guess it may come across as a bit overegged, what with all the repetitions (more so out of context, I think). But to me, this just heightens the intensity of the moment. That’s one of the ways Himself works: those little flashes of something extraordinary in a seemingly ordinary place.

Then there is the language itself; there’s a real exuberance to it, as I hope the quotations here show. I commented to Kidd that I could imagine being regaled with this story over a few pints in the pub:

The narrative voice was there from the start. Very early on I’d decided to use magic realism in the novel. I’d already experimented with this narrative mode in my short stories but now I wanted to apply it to a full-blown novel. There’s often a storytelling flavour to the magic realist narrator and I thought this would suit both the setting and the way the plot unravels (with stories about Orla [Mahony’s mother] central to the investigation). I’m delighted that you picked up on this quality in the narrative voice as I very much intended the reader to feel that they were being drawn into a tale – led by the hand into a fictional world. Storytelling is a core element of the book, along with the tale-telling narrator many of the characters tell stories – often in the pub!

Although Jess Kidd was brought up in London, her family is from Mayo; I wanted to find out more about what drew her to the particular time and place of the novel:

I think my choice of time and place was very much inspired by my earliest memories of Ireland (in 1976 I would have been three). As a child I was fascinated by the natural world and responded to it by drawing, painting and writing stories. Although the book is very dark, and in places a little twisted, I hope there is also a sense of wonder and even nostalgia there, particularly with regards to the landscape. Mulderrig is a bit of a patchwork of the places I’ve known and visited. Although it’s very definitely Irish I wanted to try and give the setting a universal appeal so that readers from all different backgrounds could relate to the small-town atmosphere of the novel. My choice of setting was also strongly influenced by two play texts. I’ve always loved Under Milk Wood, by Dylan Thomas, for its portrayal of an insular, eccentric, seaside village. The Playboy of the Western World, by J. M. Synge, is set in Mayo and deals with themes of violence and storytelling. As the play unfolds we watch an isolated community create its own realities through the tales it tells itself. Both plays have a strong sense of setting and this was something I really wanted to carry over into my own work.

Thanks to Jess for answering my questions. If you like the sound of Himself, you can buy a copy from the publisher, Canongate, here; and there’s more to discover at the other stops on the blog tour, which are listed in the graphic below. 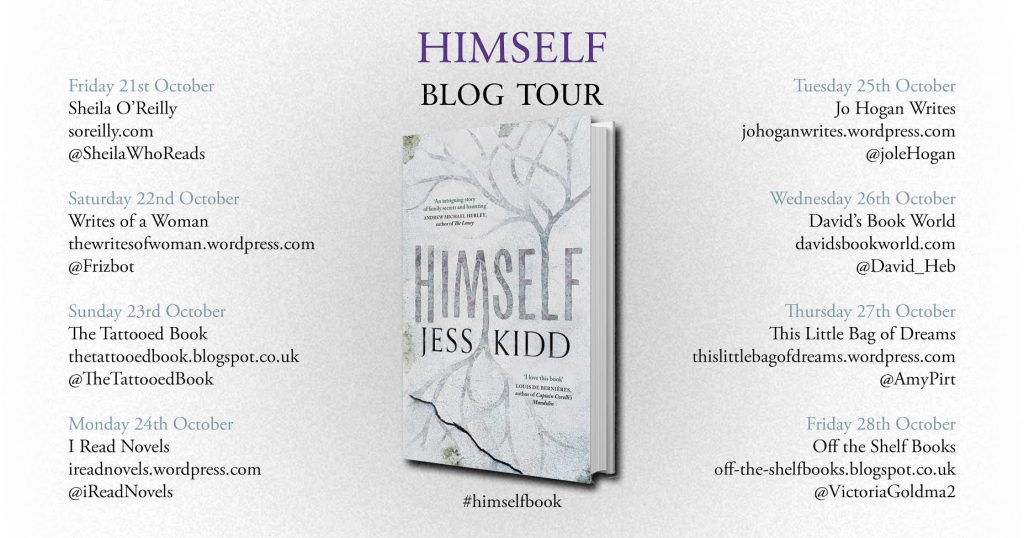