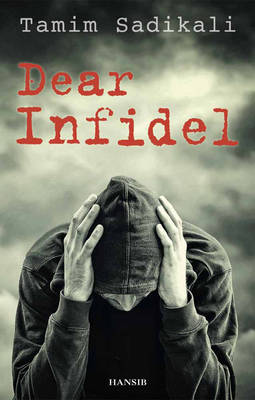 Tamim Sadikali’s first novel is set around Eid ul-Fitr in 2004, and focuses on five British Muslim protagonists each dealing with their own personal, familial or cultural struggles. Four of them are cousins: City worker Aadam has his doubts about whether Britain is the best place for him to raise a family. His strictly observant brother Salman, however, is quite certain that his children should be protected from non-Islamic influences. Meanwhile, their cousin Pasha has largely turned his back on Islam, though he still doesn’t feel settled, as he leaves his white girlfriend shortly before travelling down to London for the family gathering. And Pasha’s brother Imtiaz is just drifting listlessly through life, with no berth in sight. Alongside these four there is Nazneen, Aadam’s wife, who perhaps feels most keenly being caught between two cultures, as she still looks back on life with her old boyfriend Martin.

Dear Infidel follows the characters separately to begin with, before bringing them together for the Eid celebrations, where tensions rise to the surface and lives are changed by their confrontations with each other. Sadikali uses a range of styles and approaches throughout the book, which works well in individual sequences (one of my favourites alternates a feverish Imtiaz’s dream of playing cricket for Pakistan with a radio debate on Islam that’s being broadcast as he sleeps), and across the novel as a whole. Dear Infidel never settles: its characters’ lives are still in motion, and so is the experience of reading, even after the last page is turned.

« A Kind of Compass: ‘The Unintended’ by Gina Apostol My favourite books read in 2015 »