The Reflection: a note on dialogue 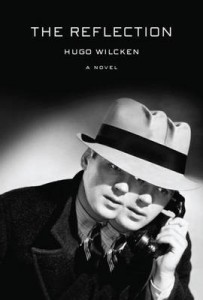 Sometimes the smallest things in a novel can make such a difference.

I’m reading The Reflection by Hugo Wilcken, which is narrated by a psychiatrist who ends up in hospital mistaken for one of his patients, and decides to go along with this new identity. There’s a definite sense that, as in the work of Christopher Priest (whose novel The Glamour is mentioned in the Acknowledgements), we can’t trust the reality of what we’re reading. In this post, I want to mention a technique I’ve noticed in The Reflection which helps create that sense: most of the dialogue is unattributed.

It doesn’t sound a lot, I know; but what it does, just for a moment each time, is place the reader outside of the narration. Without the comforting flow of “I said, she said”, it is as though we’re reading two different texts: one, the narrator’s subjective account; the other, an objective (but is it?) report of dialogue. It remains to be seen what this may lead to; but the most powerful effects of fiction start from such little building-blocks.

« A Ghost’s Story: The Bookseller review The Emperor’s New House: The Folly by Ivan Vladislavić »