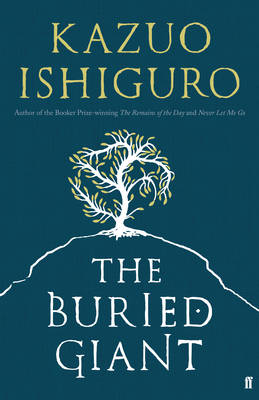 The Buried Giant: a sense of exploration

The other day on Twitter, AggieH was asking (with reference to two writers I haven’t read, and so shan’t name): “How can good writers later write such bad books? Do they become Too Big To Edit?” I wondered out loud if it could be because they lose the fire that drove them to write in the first place – when writing stops being something they have to do, and becomes something they just… do.

I was thinking about this while reading The Buried Giant. I’m sure we’ve all read the latest work by a veteran writer and felt they were treading water, if not going backwards – I know I have. But sometimes you get the sense that a writer is still searching, still questioning. This is what it was like with Ishiguro.

In circumstances like these, the latest book is not necessarily where you want to start – not because it can’t be appreciated, but because you’ll get more from it with a little knowledge. If it’s a writer who doesn’t keep going back to square one, they may now be at square ten or fifteen, and you’ll better understand where they are now if you know something of how they’ve got there.

I didn’t exactly take my own advice with The Buried Giant, because I am by no means a seasoned reader of Ishiguro. But I got the sense that he was taking the latent artifice which I now imagine to be one of his hallmarks, and placing it in a setting and situation that brought it right to the fore. I’ll be thinking about the implications of that in later posts.