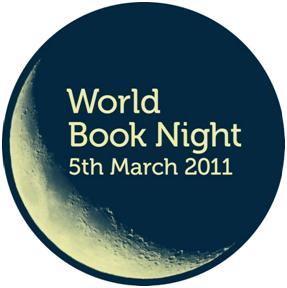 Yesterday was World Book Night, an event organised by Jamie Byng (publisher of Canongate Books), in which 20,000 people across the UK and Ireland gave out 48 specially-printed copies of a favourite book – a million books in total. BBC Two devoted two-and-a-half hours of its programming last night to Culture Show specials on books, beginning with A Million Books For Free, a half-hour documentary about World Book Night itself; later in the evening, there were five-minute-long live visits to World Book Night events in Glasgow, Manchester and London. These programmes showed us people with lots of enthusiasm for books, and some pretty inspiring stories of what particular books meant to different people.

I knew that the evening was also going to include a film about popular fiction, and one about the Culture Show’s list of twelve new literary novelists, so I was expecting that there’d be some sort of “populist vs literary” tone to proceedings. What we got, though, was something stranger: three programmes which presented three very different, almost completely separate, views of the book world.

The Books We Really Read was an odd, disjointed documentary which didn’t seem to know what it wanted to be, or what it wanted to argue. The one-line pitch of it would go something like this: lifelong reader of literary fiction Sue Perkins set out to investigate bestselling fiction, with a particular focus on crime, romance and thrillers; and certainly, from the title and the opening commentary (“I’m here [at an airport bookshop] to unearth a dirty secret”), I was anticipating a snobbish, let’s-laugh-at-this-stuff-and-the-people-who-read-it kind of film. And there was an element of that, but there was also a genuine enthusiasm for bestselling fiction; the trouble was, the programme couldn’t let go of either of those approaches.

There were contradictions in the programme from the start, of which it didn’t seem aware: Perkins didn’t have much experience of reading bestselling fiction, and wanted to be able to understand what made it so popular – yet she liked Agatha Christie (whose work was treated at some length), and explained eloquently what it was that she liked so much, which was not all that different from what other contributors said about other bestselling authors. The highbrow world of judging the Booker Prize was (it was implied) far removed from bestsellerdom; yet there, clearly visible on the bestseller shelves, was Wolf Hall, the very novel to which Perkins and her fellow judges had given the Booker in 2009. To my mind, this points to a rather more complex picture than the programme was prepared to contemplate.

The actual treatment of the three genres was awkward, with each one being surveyed in a different way; and the reading of novel extracts in an arch tone of voice sat rather at odds with the positive tone which the programme sought to take towards bestsellers as it went along. Some of the comments made by the authors interviewed made me wince (such as Felix Francis talking about continuing his father Dick’s legacy of horse-racing thrillers, and implying that writing fiction was something anyone could do, because “you make it all up”); but there were also some useful contributions – Ian Rankin made one of the most interesting when he suggested that crime fiction  was good at examining society, and that it had not done itself any favours by taking a detour into amatueur-sleuth territory; there was no time to examine these thoughts any further, though.

What makes a bestseller, then? In the end, the film did not seem to get much further than “a compelling plot”. (What came across to me in the interviews with readers was that the actual book seemed less important to them than what the book facilitated, whether that’s escape, or the chance to solve a puzzle, or whatever.) Perkins ended the programme by suggesting that it would be good if literary and genre fiction borrowed more from each other’s toolkits (another thought that needed expanding: Perkins said that most of the novels she read for the Booker didn’t have a plot – I don’t recognise that in most of the literary fiction I read). First of all, the content of the documentary didn’t seem to me to lead up to that conclusion; second, this already happens – in both directions.

The Books We Really Read couldn’t seem able to decide whether to celebrate or mock its subject, and ended up doing both at times, but wasn’t terribly convincing at doing either. It hinted at a more complex and fluid (and more interesting!) literary landscape than the one it painted, and wound up frustratingly short of being truly insightful.

On to the final programme of the night, New Novelists: 12 of the Best, in which John Mullan introduces the list of twelve British debut novelists he and and a panel of fellow-judges selected from 57 submissions made by literary publishers. This enterprise has already caused something of a stir in the corner of the internet to which I pay most attention, partly because the list itself is somewhat lacking in diversity (see here for my own take on that issue), and partly because of a specious article on literary fiction published by Mullan in the Guardian last week (see Maureen Kincaid Speller’s posts here and here for a good overview of this).

The film did not have the tiresome snobbery of Mullan’s article, but what it really lacked was proper context. Segments on the twelve chosen authors were interspersed with a history of… well, not so much literary fiction as of lists of literary novelists. Mullan concentrated on Granta’s Best of Young British Novelists lists, but said precious little about how they were received by general readers; of course the evening’s films were made in isolation but, given that we had just seen a  documentary founded on the assumption that literary fiction and bestseller status were pretty much mutually exclusive, one could be forgiven for asking how the landscape presented by Mullan related to the one presented by Perkins.

Mullan also touched on the rise of creative writing courses, noting that a third of the submissions he had received were by creative writing graduates. What effect this might have had on the novels themselves was, however left largely unexamined, aside from a comment made by one of the judges at the very end that many felt similar (in what ways, and whether this was truly detrimental, remained unsaid). Neither was it explored whether this situation was really all that different from the likes of Ian McEwan, Rose Tremain and Kazuo Ishiguro being creative writing graduates twenty or thirty years ago.

The programme was on better form when dealing with the individual novelists and their books (the writers chosen were David Abbott, Jenn Ashworth, Ned Beauman, Deborah Kay Davies, Samantha Harvey, Adam Haslett, Rebecca Hunt, Stephen Kelman, Jim Powell, Anna Richards, Eleanor Thom and Evie Wyld). The film was at its most engaging when the judges were discussing the books, and the author interviews were, by and large, also interesting. As for my opinion of the books on the list: I’ve read three, found one excellent, one good, and the other left me cold – but that’s the way with such lists; there are certainly other books on there that I want to read.

For all its flaws, New Novelists was a rare chance for debut writers to get some coverage on television; but the way it was presented made it seem closed off from the wider literary world. There was a passion for what bestselling books could offer somewhere in The Books We Really Read, but it was buried so far under the gimmicks of the format that it became hard to see clearly, and again there was a sense of disconnection. I’d rather take the view of the literary landscape shown by the material about World Book Night itself, the one where all kinds of people read all kinds of books, and the enthusiasm of a reader – who may be a learned academic, or a person who’s never read a book before in their life, or someone in between – for a book they love is what counts the most.

Some notes on diversity

This Guardian article by John Mullan, published in advance of Saturday’s Culture Show special on debut novelists, has attracted a fair amount of comment in my corner of the bookish internet; I’ll point you in particular towards posts by Maureen Kincaid Speller, Mike Harrison, and Sam Kelly (thanks to Martin Lewis and Paul Smith for highlighting those links). More from me after the programme has been broadcast, but there is one issue I’d like to address here, which is that all twelve of the novelists selected by Mullan’s panel are white. This has been remarked upon in the comments on the Guardian piece, and Mullan has replied that the judging panel were asked to select books solely on merit. Fair enough, but there is still an issue here.

We are talking about a field which can claim Salman Rushdie and Kazuo Ishiguro as key figures of the last thirty years; by now, we should be at a stage where we could expect the results of a meritocratic process like this to show some ethnic diversity as a matter of course. The Culture Show‘s process has organically produced a selection which is respectably diverse in terms of gender and age; that it has not done the same in terms of ethnicity is a sign that there’s a problem somewhere. Whether the outcome is an artefact of this particular process or an indicator of something more systemic, I don’t know; either way, it is a cause for concern. I suggest that it would not have been considered acceptable if all the selected authors had been of the same gender; it shouldn’t be acceptable that they’re all white, either.

I blogged last year about an issue of Black Static in which all the stories were by men; having been critical then, it’s only right and proper that I should acknowledge the good work being done in the latest issue. As well as two of the five stories being written by women, the entire book review section has been given over to works by women, as has Peter Tennant’s Case Notes blog for the month of February. Here’s a fine example of a literary institution noticing an issue with its field, and doing something to address it.