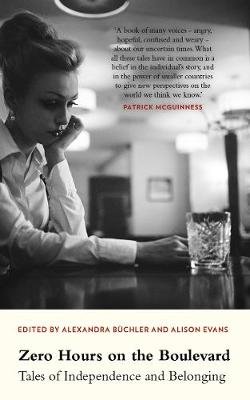 Rebecca Connell’s second novel, Told in Silence, is a portrait of a family with secrets; no one is all that they appear to be to others. Violet Mason was eighteen, working as a legal secretary and just about to start university, when she fell in love with – and married – a thirty-year-old lawyer named Jonathan Blackwood. Now twenty-one, Violet is a widow, living with Jonathan’s parents, Harvey and Laura, and making tentative steps towards regaining a normal life. Then, at Harvey’s birthday party, an old friend of Jonathan’s, the darkly attractive Max Croft, arrives on the scene; Violet finds herself drawn to Croft, but he brings with him a suggestion that Jonathan’s death may not have been accidental, as Violet believes – and that someone close to home may be responsible.

Told in Silence turns on the gradual revelation of new sides to characters and their relationships, first in Violet’s narration of the present day (and flashbacks to her life with Jonathan), then in Harvey’s written account addressed to his son. It begins with Violet herself, who presents a determinedly ordinary face to the world, one that masks all she has been through. The Blackwoods are not quite the happy couple that Violet sees. Jonathan may be the character of whom we see the most sides, even though (or perhaps because) we always encounter him at one remove. Connell’s unfurling of her characters’ secrets keeps the pages turning and builds up her novel’s momentum, which then leads with a certain amount of inevitability towards an ending that’s both open and quite apposite. Told in Silence is a tense read that asks how sure we can be that we truly know someone.

Cynan Jones, Everything I Found on the Beach (2011)

Hold is a Welsh fisherman, trying his best to help out Cara and Jake, the widow and son of his late friend Danny. The chance discovery of a body on the shore presents him with a risky opportunity, for the dead man was carrying packages of drugs; Hold decides to go ahead and deliver them, so he can use the money for Jake’s and Cara’s benefit. Alongside Hold’s story, we read of Grzegorz, a Polish man who came to Britain hoping to improve his lot, but now stuck working in a slaughterhouse and picking cockles to make ends meet for his young family; and we follow the criminals heading for Hold, who have doubts and worries of their own.

Everything I Found on the Beach is a quiet book, muted of palette and careful in its use of detail. The depictions of place seem to have had the specificity wrung out of them, which contrasts effectively with the very precise depictions of process – and appropriately so, because what the characters are doing is more significant to them than where they are. Cynan Jones establishes some interesting points of comparison between the lives of his characters: the methodical nature of Hold’s work as a fisherman finds echoes in both Grzegorz’s job at the slaughterhouse and life in his shared home, though the two men’s attitudes towards their situations are subtly different. Likewise, while Hold is questioning whether he really wants to go through with delivering the drugs, the criminals themselves are examining their place in the world.

All in all, Everything I Found on the Beach is a quietly evocative study of lives changed by some drastic choices.

Jacob Smith is a police firearms officer with a foundering marriage, a steroid addiction, and aggressive tendencies. Unable to save the victim of a car crash, Jake takes his frustrations out on a drunk he’s arrested for a public order offence, which is what first brings him to the attention of his senior officers. As time goes on, Jake faces growing pressure; he’s being investigated for his behaviour at work, his dealer wants paying, and Jake’s erratic personal life sees him lusting after at least three women other than his wife. Something has to give… and indeed it does.

Pocket Notebook is a simply stunning debut from Mike Thomas, himself a serving police officer. The rapid-fire narrative style captures superbly the whirlwind of thoughts inside Jake’s mind, painting the officer as a man constantly on edge. Thomas intersperses Jake’s narration with extracts from the regulation notebook in which he records his activities; this device creates an effective contrast between the chaotic energy of Jake’s thoughts and the more formal structure of the notebook – a structure occasionally (and increasingly) interrupted by reminders that Jake is not the fine upstanding copper he appears (or did at first) to the outside world.

Yet, for all that he may be an antihero, Jake is not an entirely unsympathetic character. We see that he does have admirable qualities, such as concern that some of the people he encounters don’t mess up their lives; it’s just that Jake is so far gone down the road he has taken that those qualities can’t hope to balance the darker aspects of his nature. And it is the latter that Thomas portrays so well as Jake loses his grip on reality, convinced all the while that what he does makes sense. Thomas draws the reader so fully into his protagonist’s mindset that it takes a while to adjust after leaving Jake’s side. Pocket Notebook marks Mike Thomas out as a major new voice whose work deserves our attention.