First of all, I need to tell you about a new book recommendation site: Shiny New Books. It’s the brainchild of four UK book bloggers (Annabel, Victoria, Simon, and Harriet), and features original and reprint reviews by contributors from all corners of the blogosphere. I’m in the first issue, with a revised version of my piece on Ray Robinson’s Jawbone Lake (think of this as the Director’s Cut of the original review). Have a look around the rest of SNB; there’s some great stuff on there, and I hope the site will go from strength to strength.

Jake Wallis Simons appeared on the first Fiction Uncovered list in 2011 for The English German Girl, his novel about a girl sent to England on the Kindertransport in the 1930s. Following a thriller (2012’s The Pure, written as Jake Simons), the author returns with Jam, a novel which follows a varied cast as they experience one of modern life’s nuisances: being stuck in traffic.

Structurally, Jam resembles a disaster novel, insofar as it moves between the perspectives of multiple characters all affected by the same event – though here the event is not the end of the world, but a traffic jam on the M25; and Wallis Simons is less interested in the jam itself than in how his characters are changed by encountering each other. We begin with Ursula and Max, a couple not quite as firmly in love as they once were, and particularly concerned right now with letting their friends (whose daughter they’re bringing home) know about the delay. With no phone signal, Max heads out to find someone who will let him make a call; he gets talking to Jim, a supermarket delivery driver who makes clear that he can’t give away the stock in his van – though he does have some crisps in the front, if Max wants some. Other characters see what’s going on, and Jim’s van becomes the locus of attention, not all of it welcome.

To an extent, the traffic jam works as a metaphor for the characters’ life situations. Many of them feel stuck in some way – like Shauna, who’s looking for her dream man; or young Shahid, who rues his messed-up trial for Chelsea – and the night’s events enable at least some of them to move on. The way Wallis Simons orchestrates this is perhaps his novel’s key strength: some characters make a central contribution to events, others are peripheral; but all take their place as significant parts of the whole. By the end of Jam, we’ve seen a slice of life: some people win, some lose; one individual may be changed forever, while another just carries on as before. The vehicles start to move again, and those circumstances that brought everyone together become lost in the flow; but Wallis Simons has shown how extraordinary a mundane situation can be to those caught up in it. 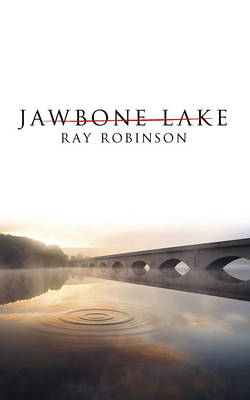