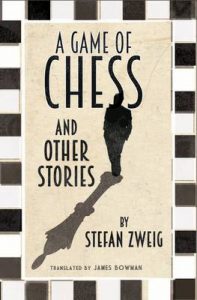 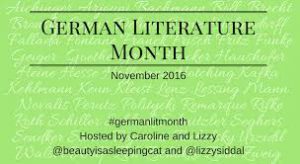 Alissa Walser, Mesmerized (2010)
Translated from the German by Jamie Bulloch, 2012

This November, I am taking part in German Literature Month which is co-hosted by the blogs Beauty is a Sleeping Cat and Lizzy’s Literary Life. As part of my efforts to read more works in translation, this seemed a good thing to get involved in; so I scoured my shelves for books originally written in German, and have three more lined up for the rest of the month. This first one, though, is a book I bought especially for German Lit Month, because it intrigued me when I saw it in the bookshop.

Mesmerized is a fictionalised account of Franz Mesmer’s attempts to restore the eyesight of Maria Theresia Paradis, the court secretary’s daughter, a musical prodigy in Mozart’s Vienna. Mesmer’s methods are controversial, but they do seem to have some effect on Maria’s blindness  – possibly, though, at the cost of her musical ability.

I’d describe Mesmerized as a novel of fragments. Alissa Walser’s prose (as translated by Jamie Bulloch) is full of sentence-fragments, which clump together like iron filings attracted to one of Mesmer’s magnets. Here, for instance, is Maria experiencing music:

Those notes. Which flew away before they had properly settled. Blended into each other. As if each note were too large for a single pitch. As if several chords were flowing out of the note and in all directions. A fading polyphony. Almost sad. Sadly excited. [p. 58]

This style mirrors the coming together of disparate elements to form an individual’s perception, the different senses which make up Maria’s experience of living. It also creates a constant feeling of unease and instability, that all these fragments could just scatter if whatever keeps them in place disappears. This is what Maria feels when she starts to struggle with her music; and there’s also a sense that treating her is the only thing holding together Mesmer’s life in Vienna. So one might say the two of them are pulling in different directions – and Walser leaves us wondering to the very end who will win out.

Elsewhere
Some other reviews of Mesmerized: Iris on Books; Erykah Brackenbury at For Books’ Sake; 50 Year Project.
A sample from the book.