In 2009, the writer Stuart Evers posted his “50 best novels of the 2000s” on his blog. I wished I could have done the same, but I hadn’t kept track of my reading in enough detail.

Ten years on, it’s a different story: thanks to this blog, I have a record of what I read, so I decided to put something together. I’m not calling it a ‘best of’, or even a list of favourites – it’s not meant to be that kind of exercise. Instead, I’ve chosen 50 books that have inspired strong memories.

My guidelines are: novels and short story collections allowed. First published in English or English translation during the 2010s, and read by me in that time (so nothing I’ve read this year). One book per author, except in one instance where I couldn’t choose between two.

The plan is to post my list in weekly instalments every Sunday. Here are the first ten entries. It’s a coincidence – but quite appropriate – that the writer who inspired my list is the first to appear on it…

END_OF_DOCUMENT_TOKEN_TO_BE_REPLACED 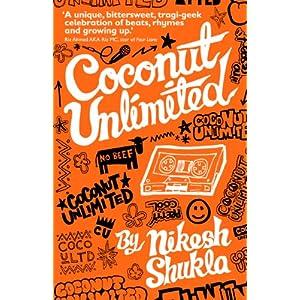