I don’t know quite where half the year has gone, but it’s July, which means it is Spanish and Portuguese Literature Month (hosted this year by Stu at Winstonsdad’s Blog). I look forward to this month, because I invariably come across some great books. I thought I would start by taking a look back through my archives. Here are ten recommendations (six translated from Spanish, two from Portuguese, one from Basque, one from Catalan), with links to my reviews…

Bilbao – New York – Bilbao by Kirmen Uribe (Basque Country), tr. Elizabeth Macklin – A novel about the history of its author’s fishing family, lives that grow larger in the telling.

I Didn’t Talk by Beatriz Bracher (Brazil), tr. Adam Morris – A retiring academic who survived torture by the military dictatorship in the 1970s reflects on the impossibility of telling a coherent story about the past.

My Sweet Orange Tree by José Mauro de Vasconcelos (Brazil), tr. Alison Entrekin – A classic tale of childhood chronicling the adventures of a charming young protagonist, which carries a poignant sting at the end.

No-one Loves a Policeman by Guillermo Orsi (Argentina), tr. Nick Caistor – An ex-policeman is framed for murder in a novel that presents its world as an intractable puzzle of corruption which resists attempts to be solved.

Seeing Red by Lina Meruane (Chile), tr. Megan McDowell – The story of a woman who loses her sight suddenly, then finds herself having to work life out anew.

The Slaughter Yard by Esteban Echeverría (Argentina), tr. Norman Thomas di Giovanni and Susan Ashe – The oldest piece of Argentine prose fiction this is the story of a young man killed by a mob for his political beliefs. A tale of powerful imagery and metaphor.

Stone in a Landslide by Maria Barbal (Catalonia), tr. Laura McGloughlin and Paul Mitchell – The tumult of early 20th century history, experienced through one woman’s ordinary (yet extraordinary) life.

A Vineyard in Andalusia by Maria Dueñas (Spain), tr. Nick Caistor and Lorenza García – A highly enjoyable historical yarn that moves from Mexico to Cuba and then Spain, as a miner who’s set to lose everything tries his best to stay afloat. 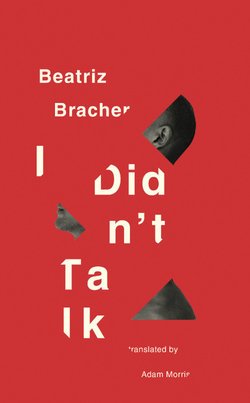