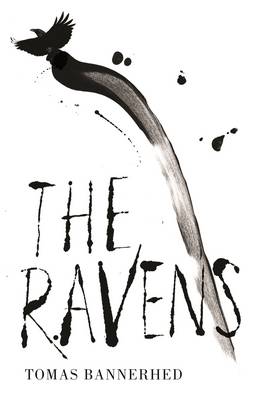 Tomas Bannerhed, The Ravens (2011)
Translated from the Swedish by Sarah Death (2014)

The Ravens is narrated by Klas, who lives on his family farm in the 1970s. He watches his father Agne toiling away, and dreams of a different life for himself. Klas loves nature, but has no wish to inherit the farm; he can see what the work has done – is doing – to his father, and doesn’t want to fall into that trap of obsession and despair; though at times it seems that something similar might be happening to him. The arrival of a city girl, Veronika, offers Klas a glimpse of what life could be; though the reality of Veronika’s life may not be as golden as Klas’ perception of it.

In terms of the IFFP longlist, Boyhood Island is the most obvious comparison to The Ravens; Bannerhed’s prose comes across as more ‘crafted’ than Knausgaard’s, but I like some of the effects Bannerhed creates. Agne’s perspective remains distant from us, even as he becomes more and more troubled; which makes those moments when we do see how much he has been affected by his illness all the more forceful. Klas’ descriptions of the natural world stand out among his narration as the moments when he is most at peace. I think there’s a good chance that The Ravens will make an appearance on the IFFP shortlist, and I wouldn’t mind if it did. 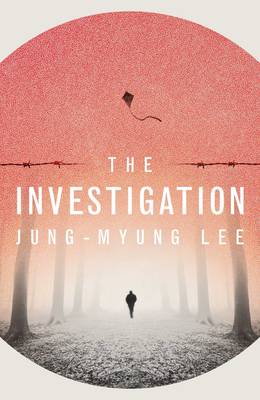 Jung-myung Lee, The Investigation (2014)
Translated from the Korean by Chi-Young Kim

In 1944, a guard, Sugiyama Dozan, is found hanged inside Fukuoka Prison; a more junior guard, Watanabe Yuichi, is tasked with investigating the death. All is not quite as it first seems: Sugiyama’s lips have been sewn shut, and this feared individual has a poem tucked in his pocket. What’s going on? Watanabe’s investigation comes to centre on one of the prisoners, the Korean poet Yun Dong-ju (a real-life historical figure); gradually, Watanabe uncovers the extent of what has been happening at Fukuoka, and why Sugiyama lost his life.

I’m torn over The Investigation. On the one hand, this is a book about the power of words and literature – poetry’s capacity to change minds; the tension between Watanabe’s love of reading and his new duties as prison censor; the importance for the Korean prisoners of holding on to their own names and language. I’m naturally sympathetic to a novel like that.

However, for a novel whose plot is so celebratory of language, the prose feels rather… ordinary. There’s also a touch of novel-as-history-lesson about The Investigation; this can be interesting – and it often is, in this case – but it’s not really what I want from a novel, especially one up for a literary award. I can’t really see The Investigation going any further in the IFFP: it’s OK, but so are many other novels; compared to the rest of the longlist, it’s one of the weakest titles for me.